Four Things You Should Never Say to Your Child 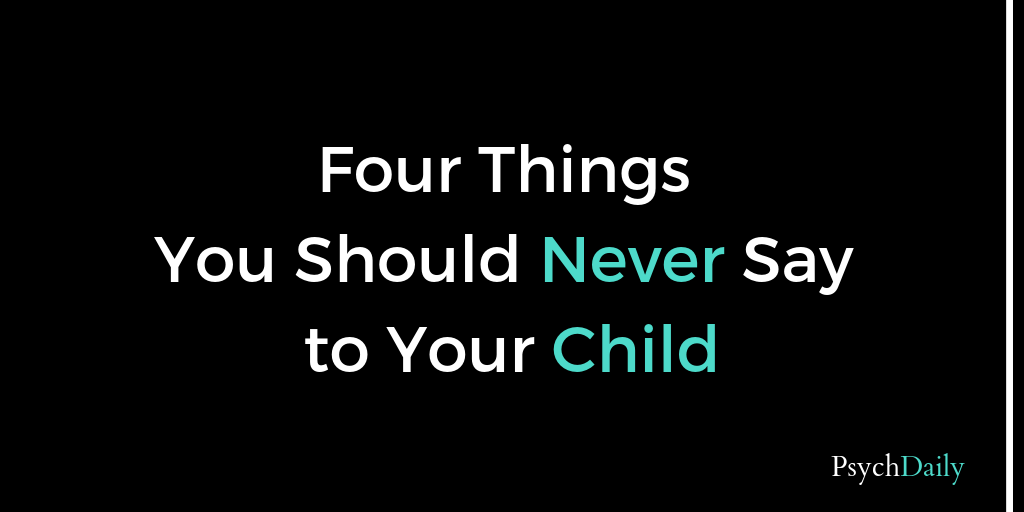 Some of the most important things you can communicate to a child are that feelings are ok, mistakes are fixable, and there’s nothing they could do that would push you away or make you love them less.

Imagine you stagger into work, exhausted, since you were up all night worrying about a project you poured over for weeks. When you give your all presenting it to your team, they look disappointed and annoyed. Later, your boss lays into you on completely missing the mark on your project. An email sent from a coworker reveals a history of previous email chains with personal and cutting criticisms about your presentation. You collapse at your desk for a break, only to realize your tuna sandwich is still sitting on the kitchen counter. On the drive home, traffic’s jammed from an accident, and students from the nearby high school cut you off and swerve into your lane. When you finally pull into the driveway with a heavy heart, you feel frustrated, ashamed, and inadequate. Upon relating all of this to your partner, he says, “Wow. Don’t be such a baby. Suck it up. Sheesh,” and disappears into the other room.

How do you feel? Here you opened up to someone who knows you well, who should always have your back, and they completely dismiss your feelings. It’s agonizing to get this reaction from a spouse, so why do parents sometimes react this way to their kids?

Here are Fourth Things You Should Never Say To Your Child:

Don’t be so dramatic

This would include variations such as, You’re overreacting; It’s not all that bad; You’re fine; and the two mentioned earlier, Don’t be such a baby and Suck it up. Just as your feelings of frustration and inadequacy are real, as outlined above, your child’s feelings are very real to her. A child’s parents should be the two people in all the world who show unconditional love, warmth, and understanding. Think back to when you were a child. Things that are trivial to you now were not trivial to you then. Instead of dismissing emotions try, What are you feeling? Why are you feeling that way? I am here. I can understand why that would be frustrating/disheartening/etc. Often children with big emotions don’t want you to fix anything, they just want to feel heard, validated, and loved.

This may also include phrased like, Man up and Don’t be such a girl. Encouraging children to hide, deny, or dismiss their own negative feelings is harmful, and it’s often boys who get the worst of it. I’m sure you want your daughter to have the freedom to become a doctor; why not your son to have the freedom to express himself? Suicide is now the leading cause of death for Utah kids ages 11-17. Men are 3.5 times more likely to commit suicide than women, and often go undiagnosed with depression because they are reluctant to talk about their feelings. Let boys talk about their feelings! It is also important not to use phrases that paint girls as weak and inferior, which can lead to toxic masculinity (defining manhood by violence, sex, status and aggression).

I guess that subject’s not for you

Another phrase may be, You must not have gotten the math gene. When you convey that ability is rooted in genes, you create a mindset that a child’s behavior has no affect on the outcome. If you want to empower your child to achieve and stretch himself, use phrases that place the control back in his hands. If he does poorly on a math exam, help him reflect on the strategy he used to study and see what he can do differently next time. Point out times when he has persisted in a problem and succeeded, rather than given up. You know what helped students improve in school according to a study by Carol Dweck? It wasn’t pointing them in the direction of their “nature abilities,” it was helping them view the brain as a muscle that could be strengthened with practice. 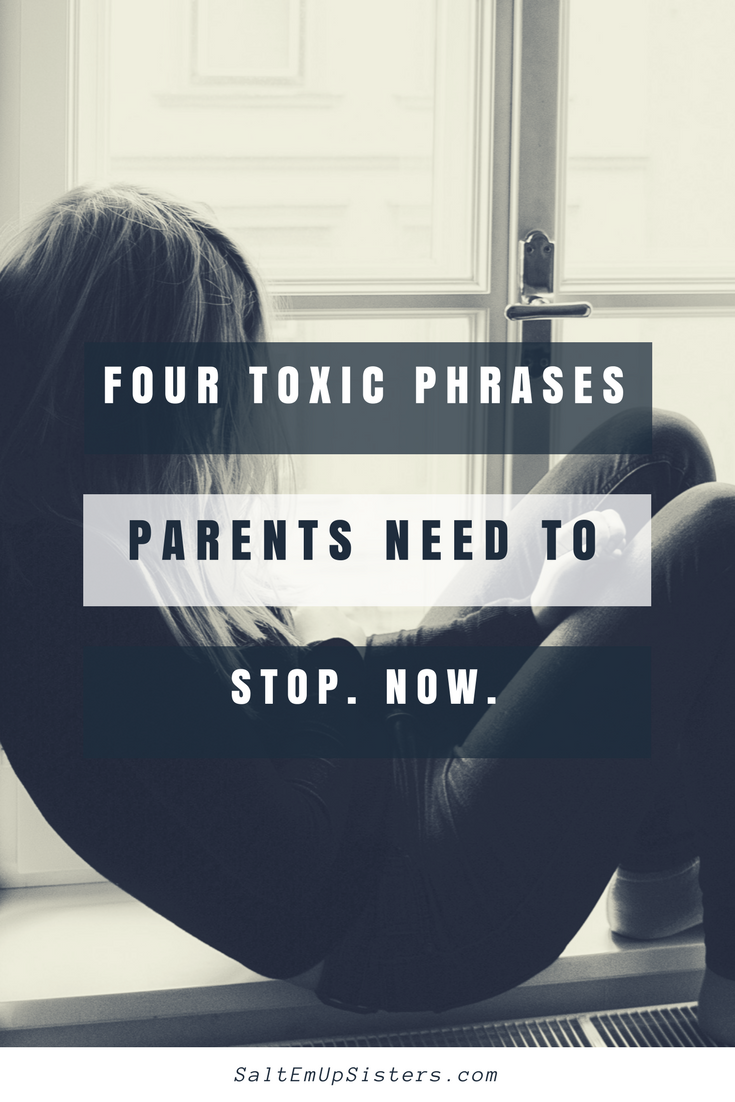 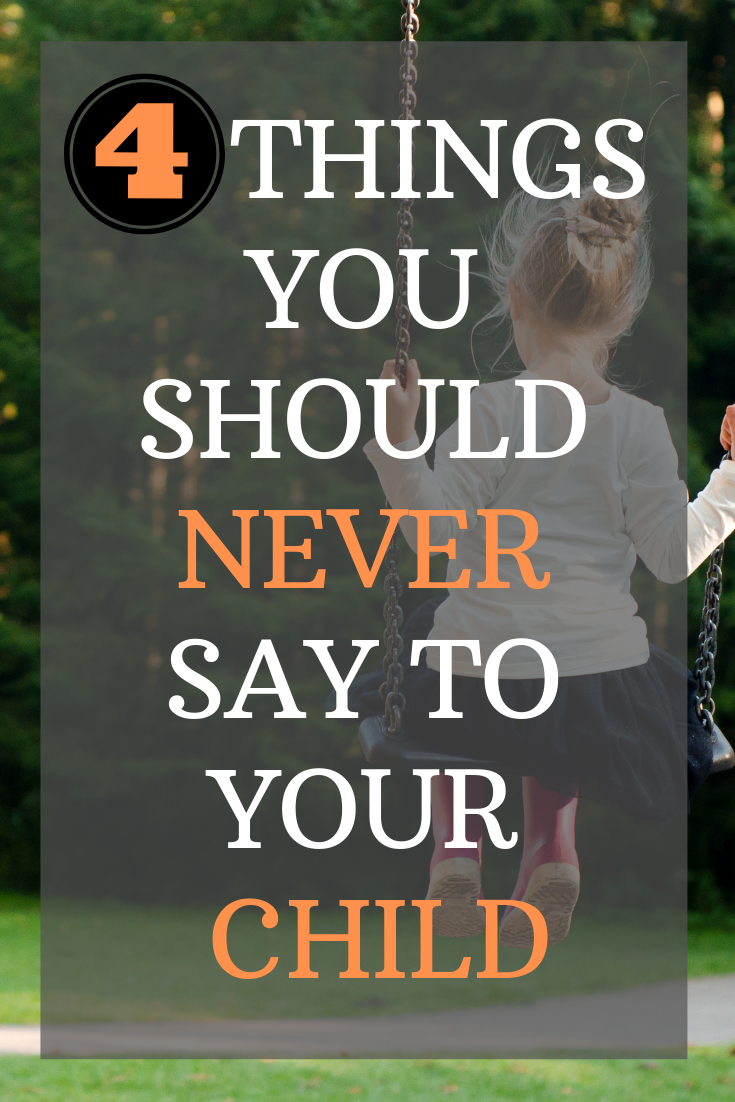 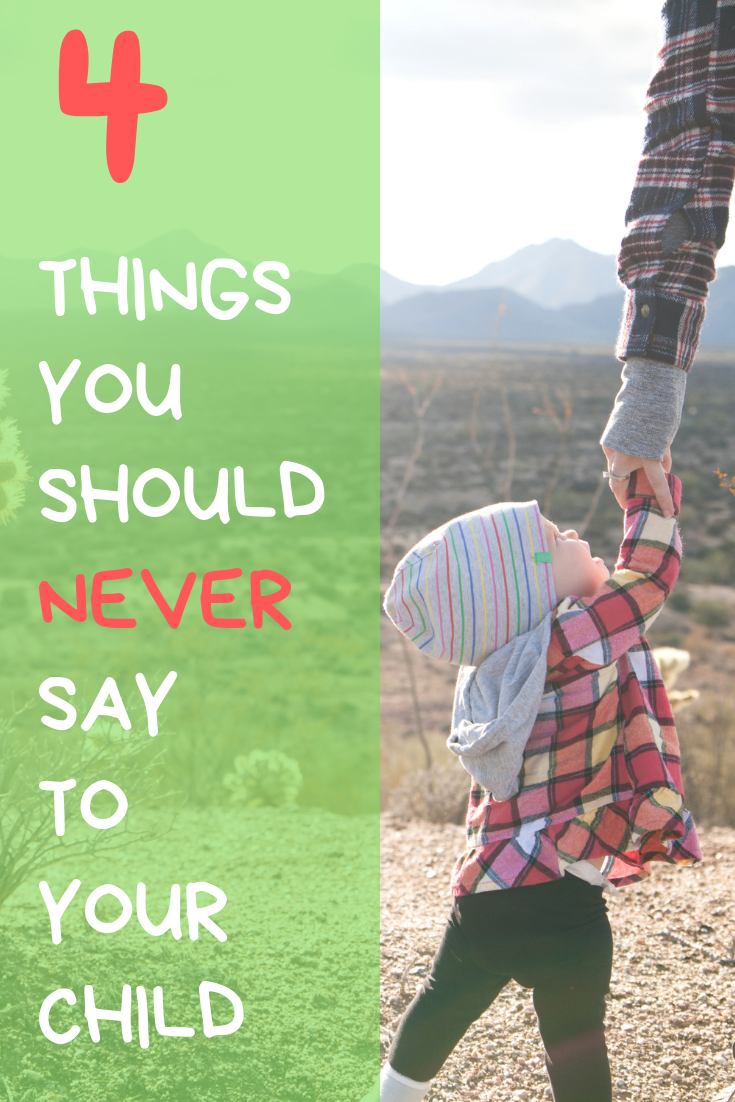 Failure is not an option

Similar to point three, when children view failure as a sign that they do not have the right genes or natural talent, they give up. Mistakes are opportunities to learn. This is why having an atmosphere of perfectionism is downright dangerous. Brene Brown has said, “Perfectionism is not the same thing as striving to be your best. Perfectionism is the belief that if we live perfect, look perfect, and act perfect, we can minimize or avoid the pain of blame, judgement, and shame. It’s a shield. It’s a twenty-ton shield that we lug around thinking it will protect us when, in fact, it’s the thing that’s really preventing us from flight.” Do not let the fear of making mistakes prevent your child from taking flight.

As a parent, you are going to fail. You are going to make mistakes with you child over and over. But luckily, there is no “good-parenting gene.” When you dismiss big emotions, discourage negative emotions in boys, encourage a mindset that abilities are fixed, and cheer perfectionism, you can try again. You can learn, grow, and improve in your parenting just as your children are striving to do when mastering a skill.