Schedules of Reinforcement in Parenting 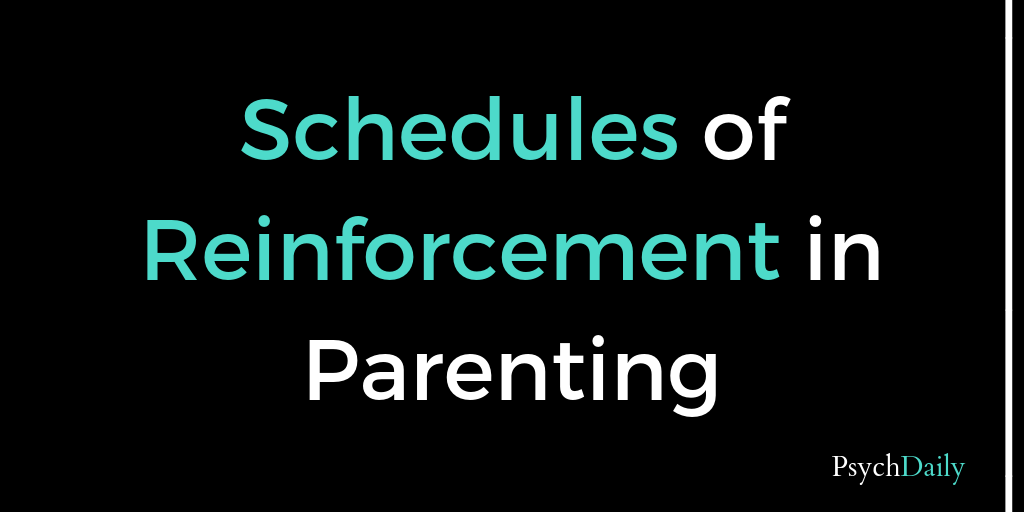 Psychologists have found several ways in which we learn. One way studied by B.F. Skinner is through operant conditioning. Each day, we try to navigate the world in ways that have worked for us in the past and avoid actions that have been discouraged. B.F. Skinner found that by using reinforcement he could control the behavior of pigeons. He even trained some to guide missiles.

Skinner understood patterns of behavior in a very objective way. He would measure how different schedules of reinforcement affected the behaviors of the pigeons, discovering that the timing of the reinforcement mattered. In his work, he found that some schedules were much harder to extinguish than others. Here are brief descriptions and examples of all five schedules used:

Why Understanding Skinner’s Schedules of Reinforcement Matter in Parenting

The wrong behaviors can easily be reinforced

If you give treats to get rid of the whining, let her play outside to stop the begging, or let her stay in the tub to stop the screaming, you have reinforced whining, begging, and screaming, making it more likely for those behaviors to occur again.

Notice that the strongest behavior is the one that gets reinforced randomly (through variable ratio). These are the stubborn behaviors that are difficult to get rid of because sometimes they are acceptable and sometimes they are not. For example, imagine your daughter asks you for some milk while you are on the phone, so you squeeze the phone between your shoulder and ear to immediately get her a drink of milk. The next day, she does it again while you are on the phone. Annoyed that she just did this yesterday you give her the can’t-you-see-I’m-busy look. She tugs at your arm. She whines. She starts grabbing at your face. Exasperated you grumble, “Fine!” and get her the drink of milk. She has now learned that she simply needs to reach a certain threshold to get what she wants. The more she whines, the more she gets her way.

If you occasionally let her have a treat at the store when she begs or an extra half hour of TV when she cries, you can be certain the begging and crying will be more frequent in these situations.

One area I was very consistent on with my daughter was holding hands when crossing the street. She fought it tooth and nail when she was very young, but I held firm. Now she does it with zero fuss because she knows there is no threshold to reach that will let me give in. Rather than spanking to teach her, I simply make it non-negotiable to cross the street without holding hands and it has never been a problem.

When you are consistent in your expectations, she knows there is no threshold to reach. If you immediately address her concern for milk by whispering, “I can help you when I get off the phone,” and give this response each time this situation occurs, her begging will subside. Let her know before going into the store what behaviors will earn her a treat. If you don’t want her to have a treat, state that clearly before entering the store and give her something to look forward to such as playing with her new barbie when she gets home. If she is expecting something valuable like a treat and is given something less exciting like a barbie to play with later instead, she will be much more disappointed than if she was expecting the barbie all along.

Behaviors can be extinguished

Skinner suggested the best way to stop a bad behavior was to find and remove whatever was reinforcing it. This, however, can escalate a behavior that is on a variable ratio schedule of reinforcement. That is, if you give in to your daughter’s whining sometimes, then the times you don’t will lead to a whining explosion. You know what I’m taking about.

The schedule that is easiest to extinguish is a continuous schedule of reinforcement. That is, you may want to give your child a treat each time she asks (nicely), then after a while, stop cold turkey. She will likely persist and escalate the whining, but it will subside much faster than if she has been on the variable ratio schedule.

This is akin to a vending machine versus a slot machine. Which machine do people continue using, even if they were not reinforced? The slot machine. The one that is on the variable ratio schedule because they do not know when the next reinforcement is coming. In the case of the vending machine, they assume to be reinforced each time. If they happen to not, rarely do people keep feeding money into the machine.

This is a similar method to babies that cry when they want to be picked up. Skinner advocated for reinforcing them (picking them up) after longer and longer stretches of them being happy, rather than reinforcing crying. Erik Erikson would have a lot to say about this, since he felt you should always pick up a crying child, so perhaps you can find your own balance while being aware of the behaviors you are reinforcing. 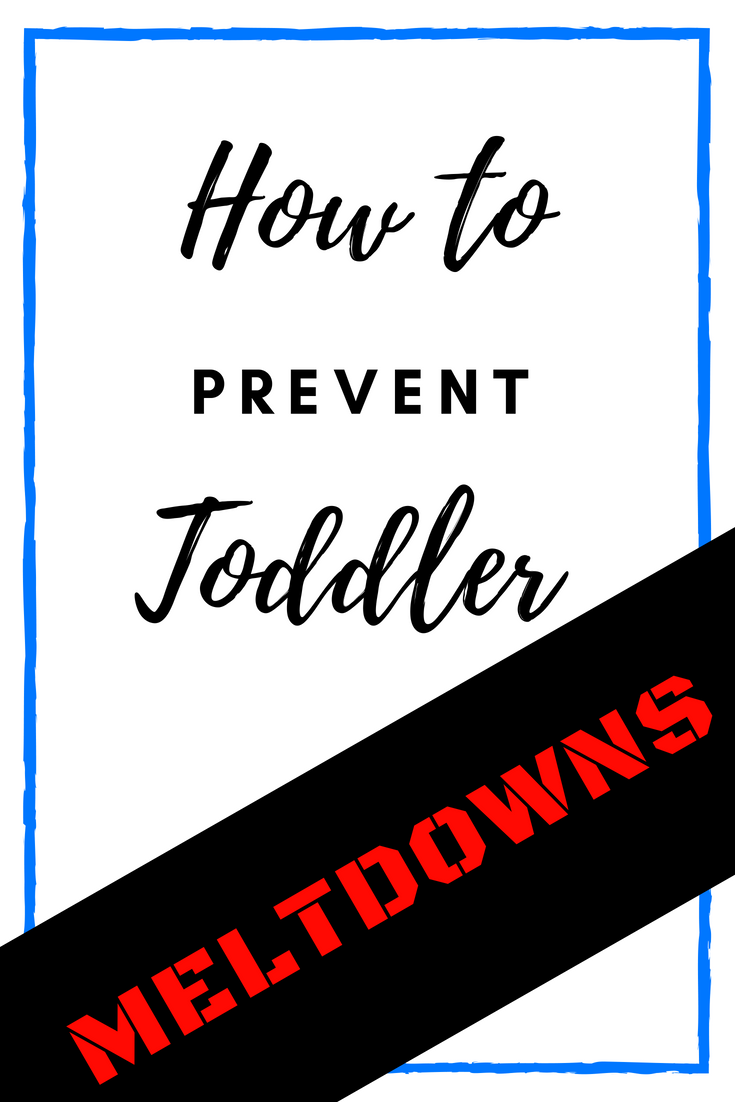 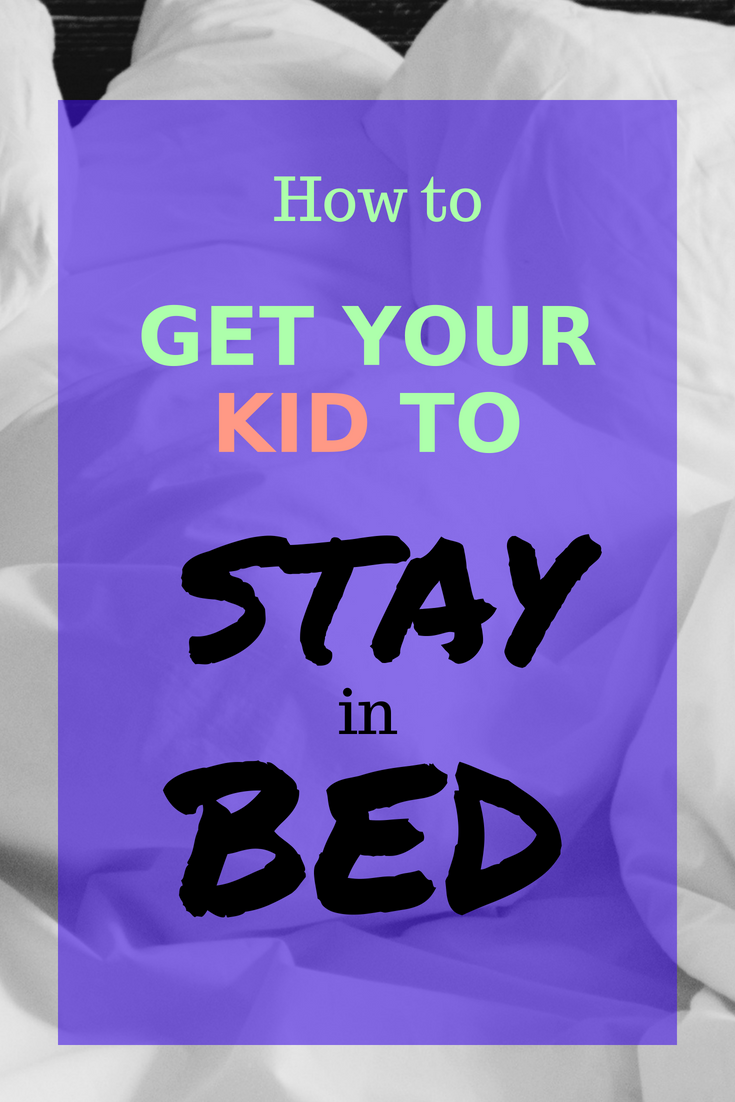 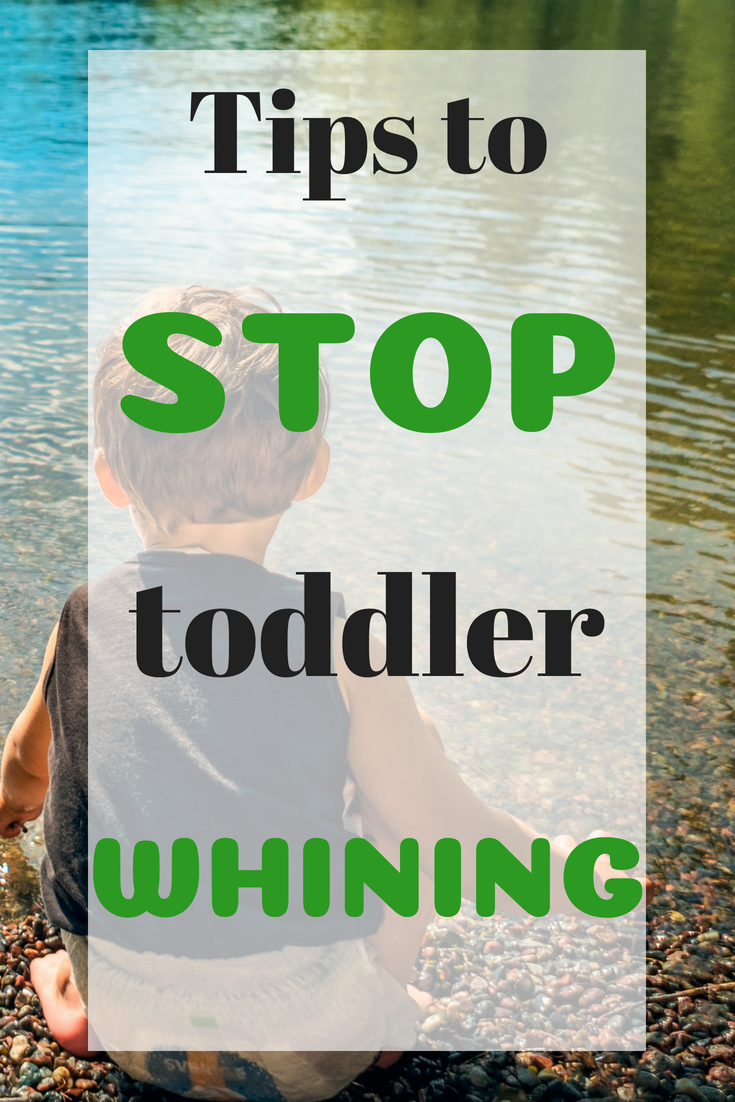 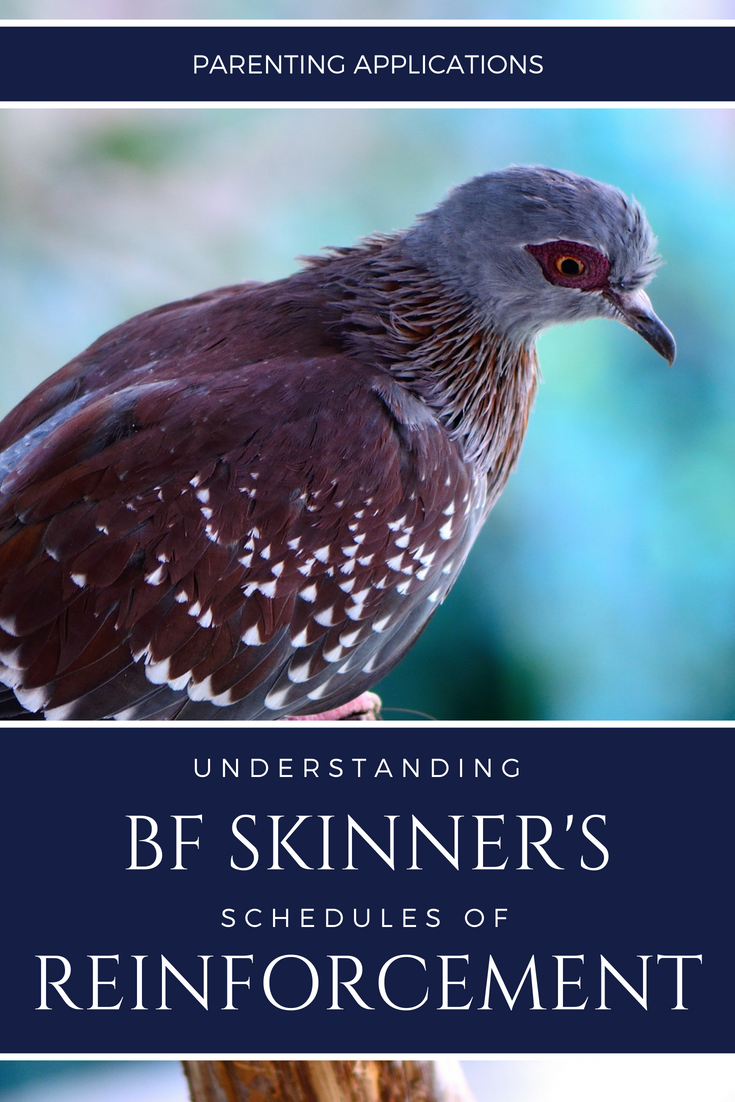 One example that illustrates this well is getting your child to go to bed. Perhaps she gets out of bed to get a drink. Then she needs a potty break. Then another song and story. I’m sure you’re familiar with these shenanigans. One thing you can try when they are clearly stalling, is to go into their room for a song/story after they have stayed in their bed for one minute. Then three. Then five. Reinforce the behavior of staying in her bed. Hopefully once you have stretched the time for several days, the behavior will need very little reinforcing in the future. Be sure to remind her that stories/songs do not come if she leaves her bed.

Skinner thought the mind was a black box. He only studied what was measurable and observable. He would not study emotions, connection, or other constructs that can’t be seen. However, psychologists today know how vital those other components are.