What Causes Control Issues? Parenting Insights from Baumrind and Erikson 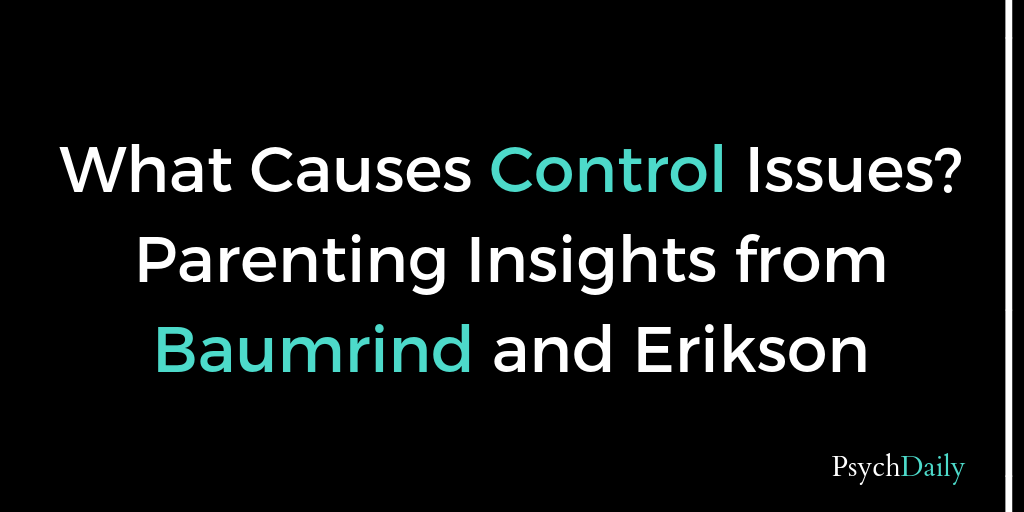 The ultimate gift we can give the world is to grow our tiny humans into adult humans who are independent thinkers, compassionate doers, conscious questioners, radical innovators, and passionate peacemakers. Our world doesn’t need more adults who blindly serve the powerful because they’ve been trained to obey authority without question. Our world needs more adults who challenge and question and hold the powerful accountable.

The goal in parenting is to be authoritative (high warmth, high structure) rather than permissive (high warmth, low structure). The last two parenting styles according to Diana Baumrind’s theory are uninvolved and authoritarian. Parents who are authoritarian are opposite of permissive. They are stern, cold, inflexible, and rely on techniques of “tough love” and “my way or the highway”. Children do not get a chance to share their thoughts and feelings or their side of the story when misbehavior arises. Parents may rely on harsh physical punishments such as excessive spanking.

Drawbacks of an Authoritarian Parenting Style

Though these children may be obedient in front of the punishing parents, this type of parenting style comes with a host of negative drawbacks, many you can likely guess after reading my article on why I stopped punishing my kids. Baumrind (1971, p. 2) found children raised by authoritarian parents were described as “discontent, withdrawn, and distrustful.” These parents tend to focus so much on their children obeying authority at any cost, that it leaves the kids feeling trapped and angry. In fact, it often leads to becoming the bully (Baldry & Farrington, 2000). They act out the aggression that has been modeled, preying on those perceived as weaker, and are more likely to be convicted of a criminal offense in adolescence (Farrington & Hawkins, 1991).

The children of authoritarian parents have lower self-esteem (Martinez & Garcia, 2008), a lower level of moral reasoning (Boyes & Allen, 1993), and poorer academic achievement (Dornbusch et al., 1987). I find the lower levels of moral reasoning particularly interesting. I often hear people say something along the lines of, “Pain is the only thing toddlers understand,” when in actuality, they are learning to handle conflict with aggression. They learn how to avoid punishment, rather than some higher moral understanding.

How do you feel when a boss or coworker has told you explicitly not to do something without any sort of explanation? If you’re like me, I immediately want to do it. Say you are in a spacious white room with a big red button in the middle with the words, “Do Not Push” in big bold black letters. What are you thinking about? Likely you’re thinking, I wonder what that big red button does. What would really happen if I pushed it? This “big red button” syndrome is called psychological reactance, the idea that once something is strictly forbidden, it becomes more enticing. The layman’s term may be reverse psychology. If your freedom feels threatened, you are motivated to regain a sense of control.

When children feel their freedom is being threatened, they want to do the opposite of what you are asking. An experiment with kindergarteners described in The Art of Choosing illustrates this beautifully:

An experimenter in a white lab coat showed the children 6 toys. … [including] a battery-powered robot named Robbie. …He asked the children to rate the toys from favorite to least favorite and Robbie turned out to be the overall winner. Next, he told them he was going to leave the room, and while he was gone, they could play with any of the toys except Robbie. He strongly warned some of the children against playing with Robbie by saying, “I will be very upset and very annoyed with you, and I’ll have to do something about it.” To the other children he said only, “I will be a bit annoyed with you.” While the experimenter was away, the children who had been threatened with anger gazed at Robbie but didn’t go near him. The children who had received a milder threat obeyed the experimenter, but they got much closer to Robbie…. A week later, another experimenter asked these same children to once again rate the six toys. The mildly threatened children, who had found it so difficult to resist Robbie, weren’t as interested in him as they had been before. But the other children, who had been threatened more severely, wanted more than ever to play with Robbie. … We can imagine these children thinking, … “He’s not the boss of me!” … The mildly threatened children almost gave in to their urges, but their hesitation itself indicates that they believed they had a choice.

Though the kindergarteners who experienced stricter threat were more obedient, they valued the toy even more after the experiment than before. When something is forbidden without explanation, the value of it often increases.

Autonomy Versus Shame and Doubt

Feeling a sense of control is important in all ages. According to Erik Erikson, it starts around age 2 when children enter what he called the stage of autonomy versus shame and doubt. Once children have begun to recognize that they are their own person, with thoughts and feelings outside of their caretaker, they want to showcase their independence. This is a common time to hear, “Mine!” and “Let me do it” and “I did it all by myself!” These are all normal displays of their desire for freedom and control.

As children reach adolescence, that desire for autonomy is stronger than ever. Imagine the teenage daughter who is strictly forbidden from seeing her boyfriend with no ifs, ands, or buts. Her feelings and frustrations are quickly dismissed. Is she thinking, “Shucks my parents are right, my boyfriend is a loser. I better move on and make better decisions with my life”? It’s more likely she’s thinking what the kindergarteners from the strict condition in the study were, “He’s not the boss of me!” She’ll likely avoid her parents, not the boyfriend. Where she once told her parents her whereabouts, now she might start sneaking out of the house and becoming less open and honest.

The Need for Control is Universal

Not only do we see this desire for choice and freedom in toddlers and teenagers, but throughout the lifespan. For example, in a study done by Ellen Langer and Judith Rodin, nursing home residents were assigned to one of two groups. One floor of residents were told of the many decisions they can make, with an emphasis that their happiness was in their own control. The residents were told they could decide how they wanted the furniture arranged, whether to visit with friends in their room or the rooms of their friends, which night to watch a movie, and whether they wanted a plant to take care of on their own. Residents on the next floor were told it was the responsibility of the nursing home staff to help residents be happy. They were told they received a plant that the nurses would take care of and informed on which day they could watch a movie.

The two groups had similar experiences, but how they experienced them were profoundly different. The first were given a sense of control and independence that the second group lacked. Results showed that:

In the comparison group…71% were rated as having become more debilitated over a period of time as short as 3 weeks. In contrast with this group, 93 % of the people who were encouraged to make decisions for themselves, given decisions to make, and given responsibility for something outside of themselves, actually showed overall improvement. (p. 197)

Nurses rated residence in the choice condition as happier, more active, more alert, and more involved. This necessity for self-determination is lifelong. 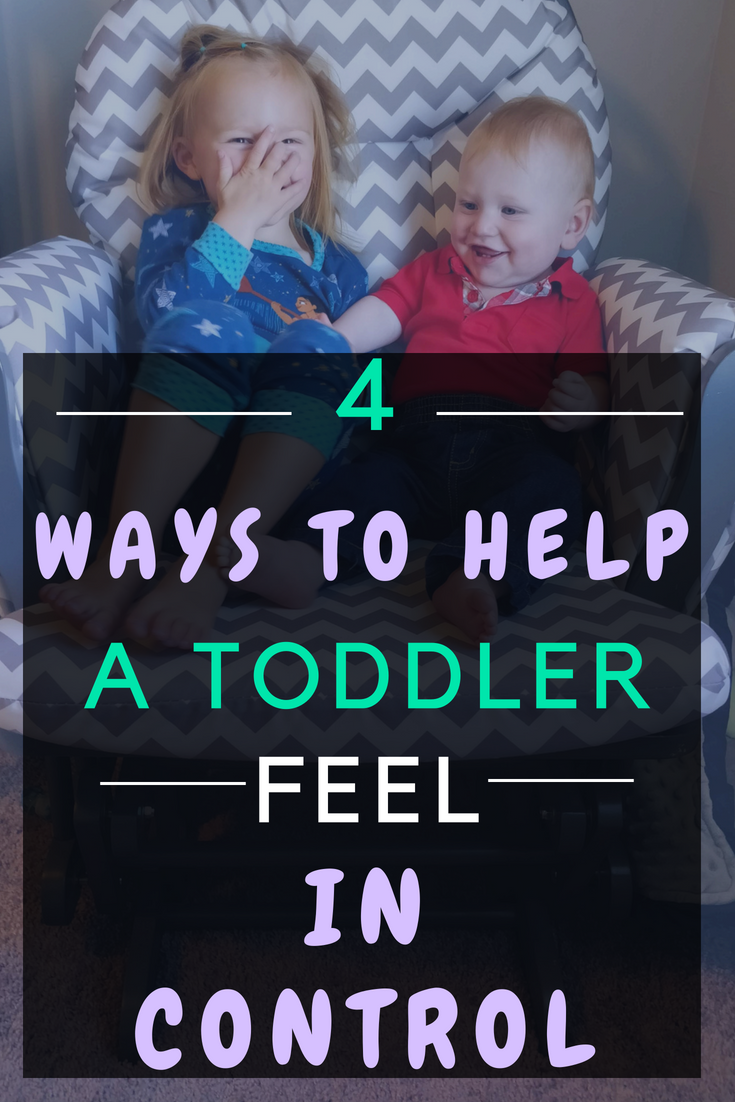 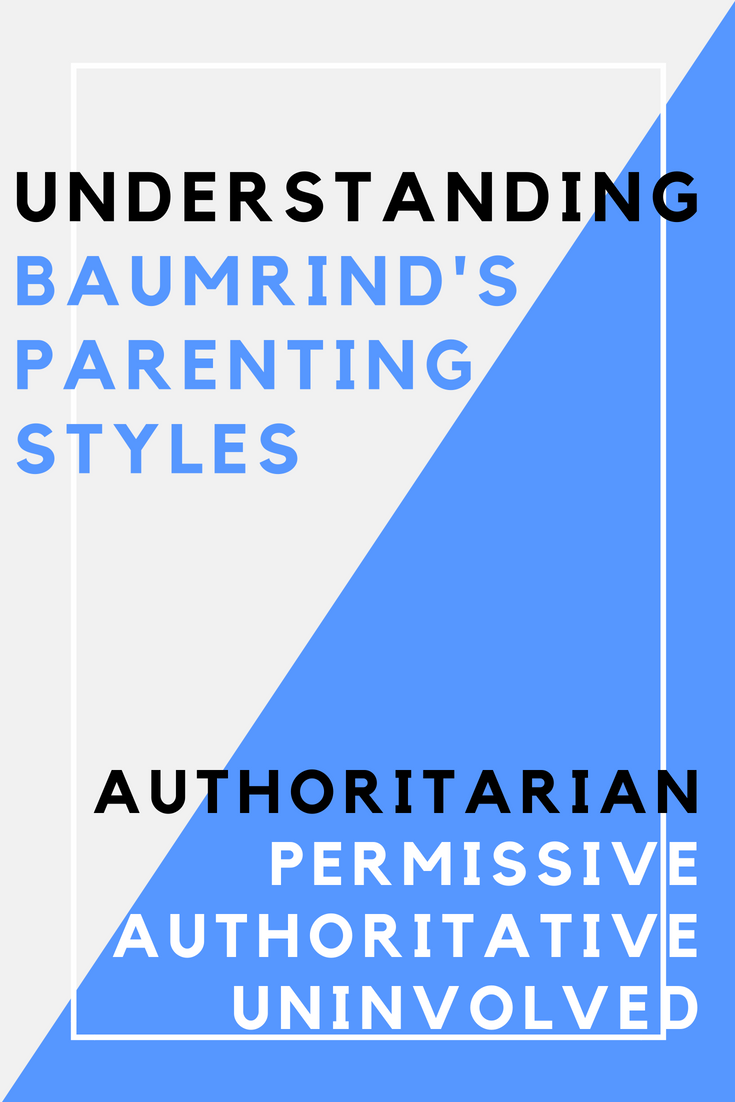 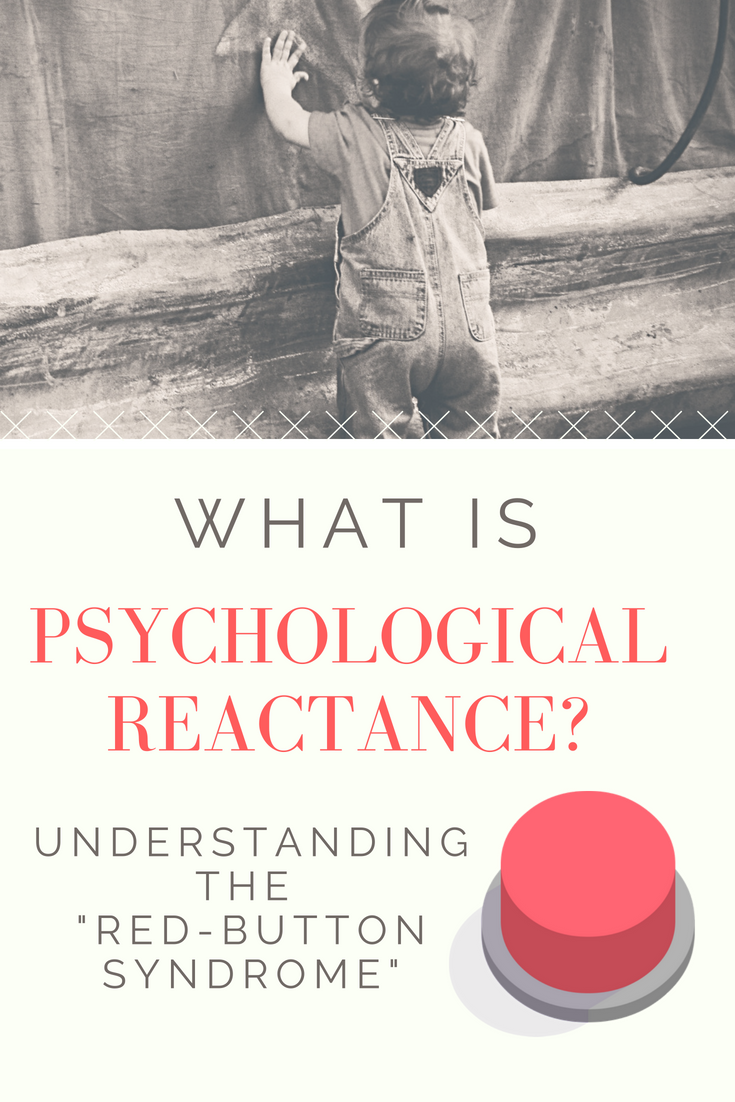 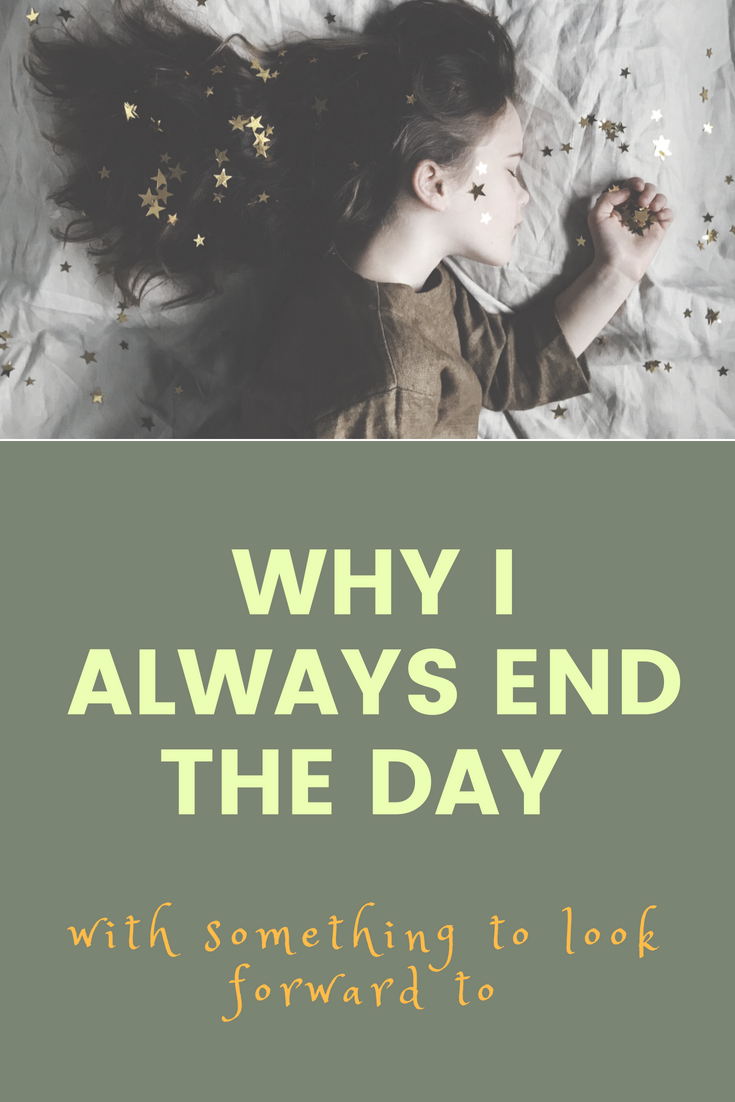 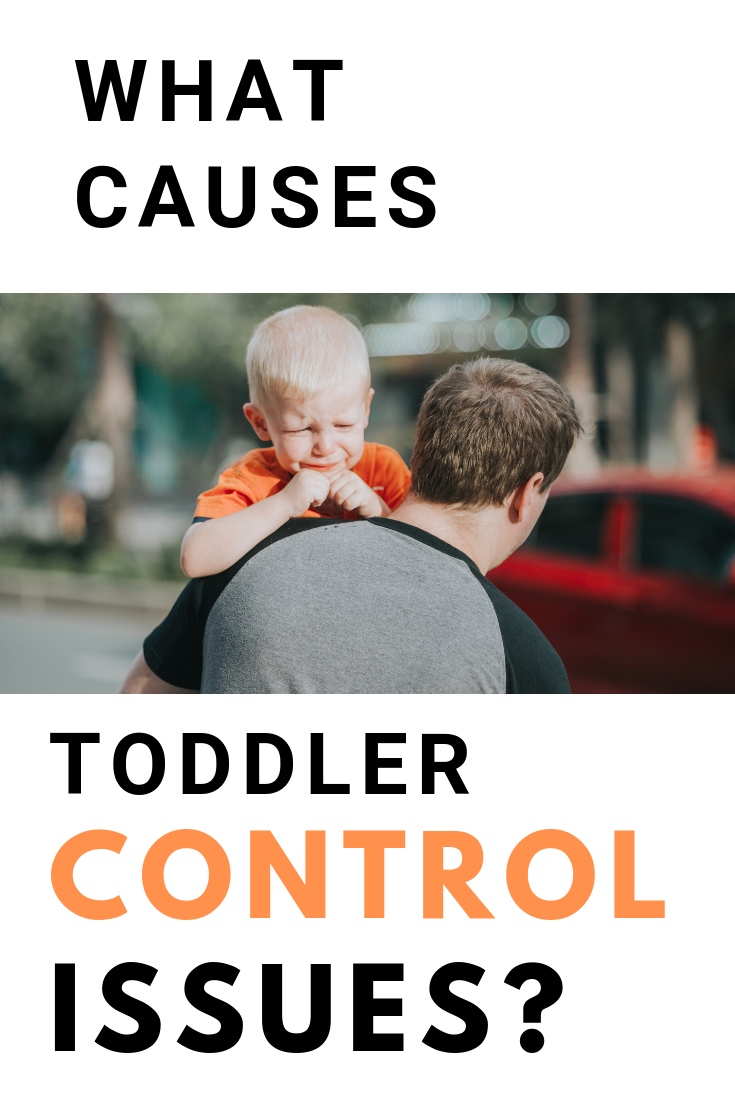 Authoritarian parenting takes away a child’s sense of choice. If you do not want a rebellious, disrespectful child, give them a sense of autonomy. Notice I did not say full-on autonomy. A sense of autonomy means offering them choices. Boundaries are still an imperative part of helping children thrive. You might be tempted to say, “Get in bed this instance or I’m going to spank your bum!” which would lead to resistance from anyone if they were talked to that way. Rather you can try something like, “It’s time for bed. Would you like to brush your teeth or put on pajamas first?” Notice this is clear in saying, “It’s time for bed.” I didn’t say, “Are you ready for bed?” or “Would you like to go to bed now?” This immediately leads to “no” and then you’re stuck again trying to force them against their will.

I don’t want you doing that to your brother because it upsets him. Why don’t you choose a story to read or color your brother a picture?

The choices offered should be two that are both acceptable to you. It is unhelpful to rephrase your threat into a choice such as stating calmly, “Would you rather go to bed or get spanked? You decide.” When there is a clear obvious option it undermines the toddler’s sense of control.

Offering choices is one simple way to balance warmth and structure. You still have demands for your child, but it is done with warmth. It is done with an understanding that your child is a normal human being who doesn’t like being bossed around just because he’s a kid. In part 4, I give bonus ways to strike this balance with an emphasis on warmth.