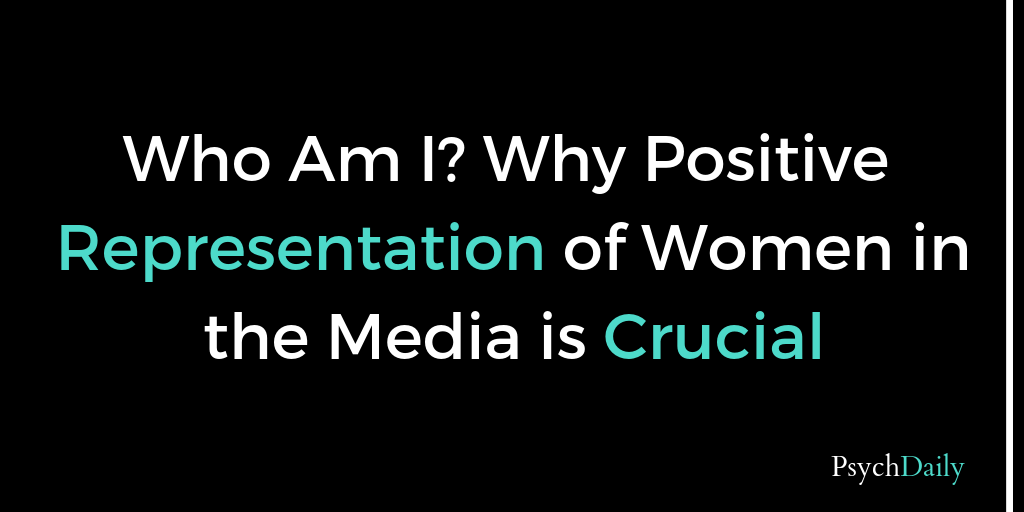 The biggest challenge we all face is to learn about ourselves and to understand our strengths and weaknesses. We need to utilize our strengths, but not so much that we don’t work on our weaknesses.

On the 12th of September 1992, Mae Jemison became the first African-American woman to travel to space. A year later she was inducted into the National Woman’s Hall of Fame and was the first actual astronaut to appear on Star Trek.

What inspired Mae to become an astronaut? Representation.

When Mae was growing up in the 1960s, Star Trek was an original TV show that became a cult classic by the 70s and had a big influence on popular culture. The show featured actress Nichelle Nichols who was one of the first African American women on a TV series. The fact that she was in an authoritative role, as an equal, was unprecedented not only for women’s representation in the media, but particularly for black women. Mae has since credited Nichols’ character, Lieutenant Uhura as the reason why she wanted to become an astronaut.

Why is this story so special? Well, apart from the obvious inspirational personal story, this is a prime example of how important women’s representation in the media is.

In a society that focuses so intently on women’s physical appearance, many of the representations women and girls are subjected to through social media are limiting, shallow, and damaging to fragile self-esteem. 71 percent of teens say they use more than one social media site with girls using more visual platforms such as Snapchat and Instagram and they are doing so daily. Of further concern, studies have shown that social media use can lead to depression in teens.

So how can the media create such positive stories like that of Mae Jemison but at the same time cause serious self-esteem and mental health issues? It’s all about representation.

We all know that images of thin, beautiful women in the media are the standard. We are inundated with these pictures every single day. It’s no surprise to us when we hear that eating disorders have risen along with feelings of body dissatisfaction lowered self-confidence and that these effects are strongly correlated with exposure to these representations of slimness. None of this is shocking news.

What is more worrying is that the physical, outward appearance of women and girls is still such a huge focus and consumes a vast amount of mental energy and time. We need more positive, well-rounded representations of women in the media; especially social media. If more young girls see women of all shapes, races, and backgrounds appearing in roles that exude positive attributes such as intelligence, kindness, strength, and generosity, then perhaps the focus on physical appearance and the desire to push and punish their bodies into adherence to these expectations will dwindle.

When girls see image after image of “influencers” looking perfect, wealthy, popular and of course, thin and beautiful, it affects something called self-discrepancy.

Self-discrepancy theory affirms that people possess what are called “self-guides” that are developed from their environment and what they are exposed to regularly. People then compare themselves to who and what they think they should be, and whom they believe they actually are or how they really look. The gap that exists between this ideal and what they perceive themselves as is called self-discrepancy.

This gap can cause a lot of emotional anguish when the idealized version someone has developed of themselves is influenced by highly unrealistic, manipulated and edited versions of reality.

For example, Mae Jemison, being an African-American girl, saw that mostly men and white women’s representations in the media were positive, authoritative and accepted. Black women were not shown as having any element of intellect or power. By being exposed to even one example of what was possible, she developed a new self-guide. A new ideal self that was much more positive and healthier than the ones she had seen before. And for her, this was life-changing.

What can we do to influence the women and girls around us (as well as ourselves) to create a more positive self-image, increase self-esteem, focus on what’s really important, and stop being so hard on ourselves?

Open up a Dialogue

When you see something noticeably unrealistic (or even subtly), talk about it. If feelings of inadequacy or discomfort arise, use them as a jumping off point. Be vulnerable and talk about what the images stir up in you emotionally. How do you feel? What was your initial reaction? If you are a parent, talk to your child about this. Let them know that it affects you too.

Discuss with them how these images may have been manipulated and what the poster of the image might have to gain by representing themselves in this way. Are they trying to sell something? What do they have to gain? 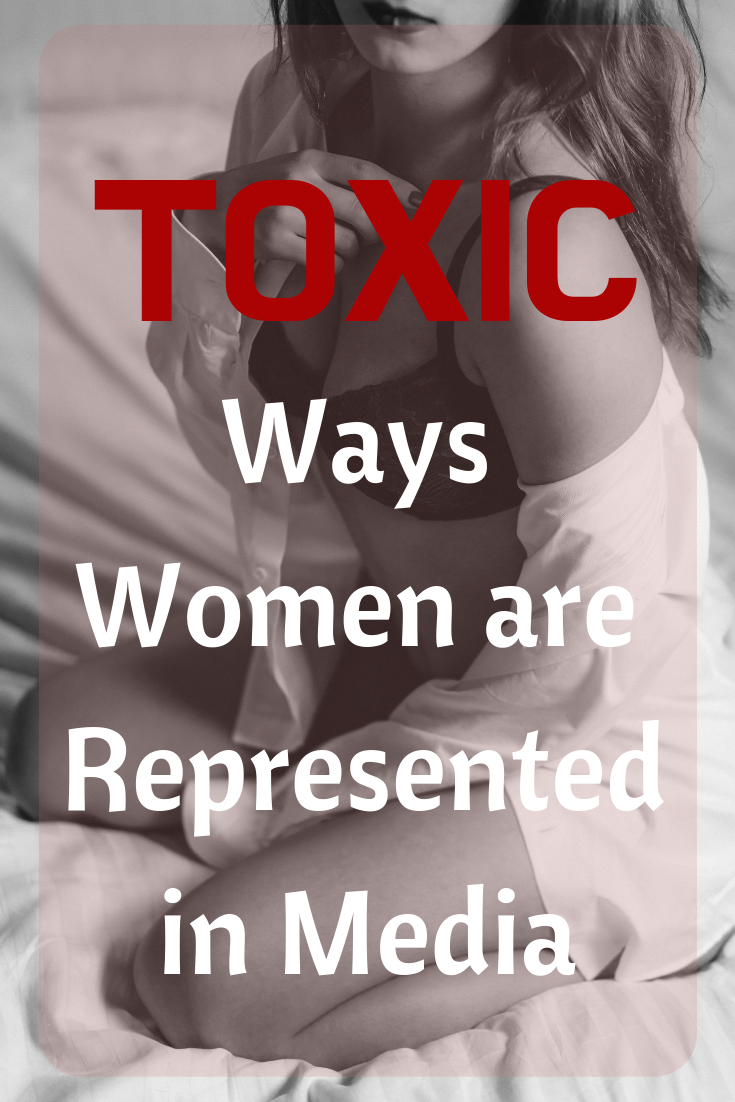 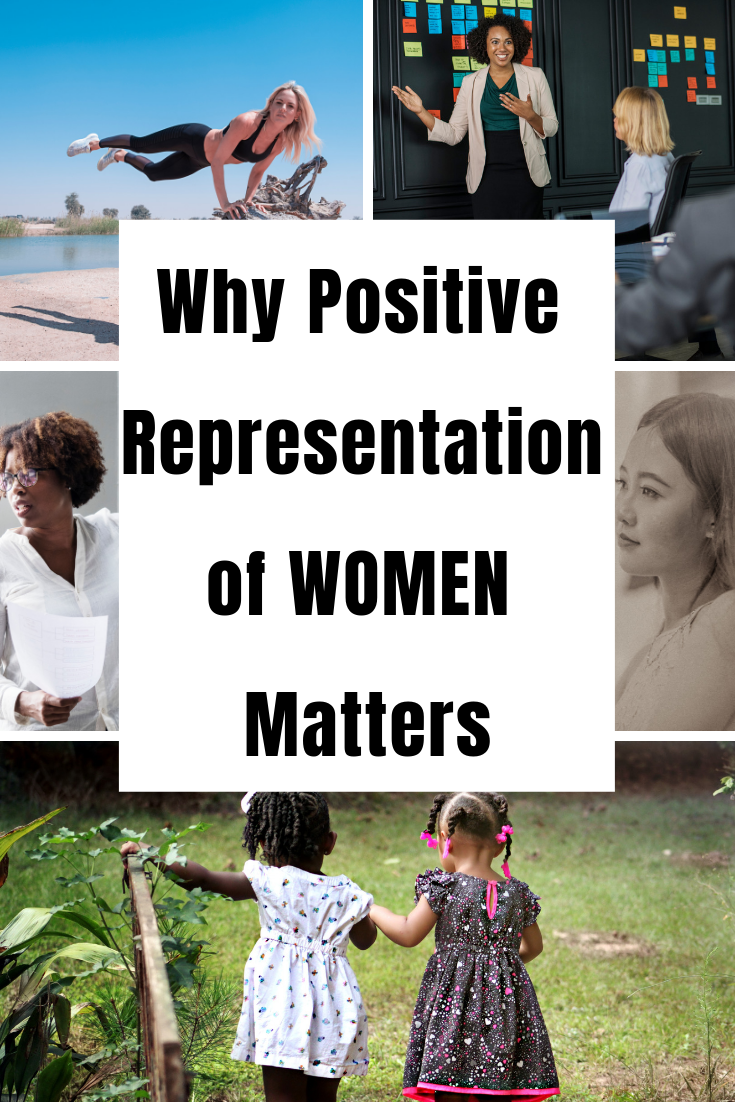 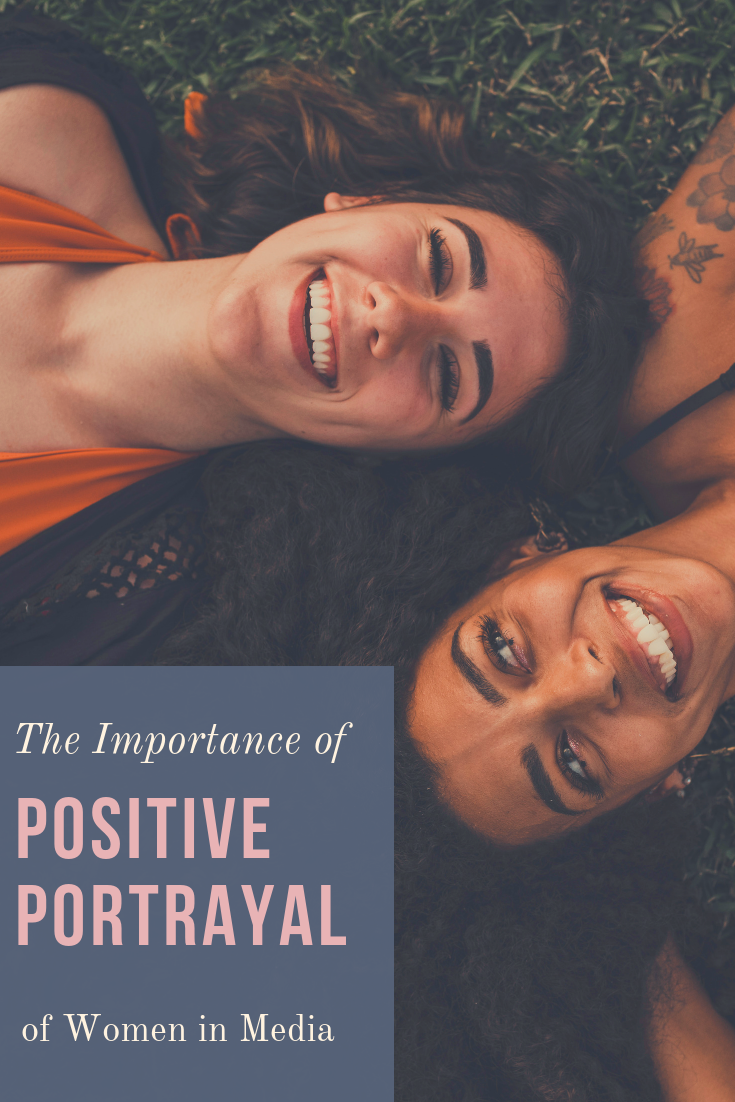 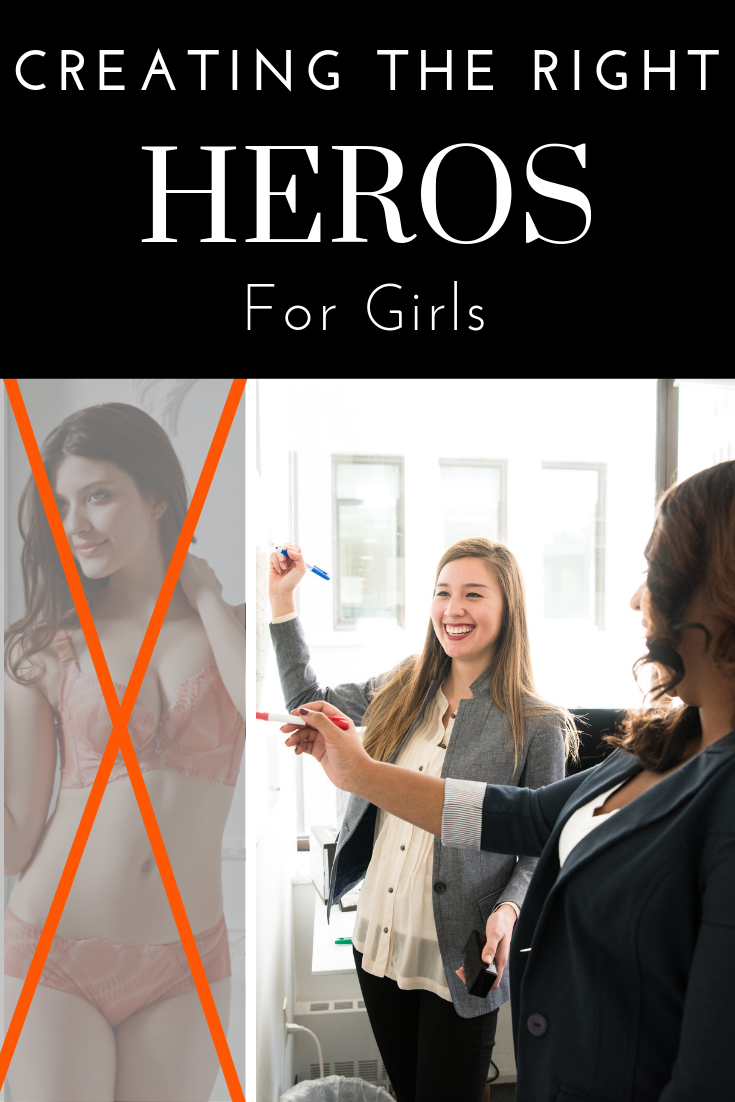 Talk to your children about how certain body characteristics that are considered “flaws” in society are actually extremely common and normal parts of being human. Companies and influencers, in turn, benefit from taking very normal physical traits and turning them into money-making opportunities by trying to sell you “solutions”. Traits such as cellulite, stretch marks, stomachs that are not perfectly flat, acne, and more are examples.

Read more in depth information and statistics about this topic in this article 5 Body Flaws That Are Actually Totally Normal.

Limit your own time on social media and how much you are exposed to these representations. Try to implement family guidelines about social media usage. Plan fun and enjoyable activities together that do not revolve around media usage.

Unfollow anyone who makes you feel inadequate and encourage your children and teens to do the same. After talking about how seeing these images make you both feel, decide whether continually seeing them and supporting these people is worth it.

Make sure not to put yourself down. If you are always commenting on your weight or looks, or always trying a new fad diet or practicing restrictive eating behaviors such as eliminating food groups, this will rub off on our children. If they see this behavior coming from the most important role model in their lives, the consequences will be a skewed view of normal body image, disordered eating habits, and a hyper-focus on physical appearance. Set a positive example by refraining from these behaviors or seeking help for them if you have trouble yourself. Set a good example of how to adopt rewarding exercise and wellness routines that focus on physical and mental health rather than body ideals. Read more about setting positive goals and getting in exercise here.

Search and suggest positive representations in social media. These can be influencers who promote body positivity and realism in social media but also, look for women who are out there accomplishing amazing things that are completely unrelated to body image. Focusing on body positivity is great, but it is still a dialogue that is centered around appearance. Try to balance this out by following and looking at women who embody the previously discussed values and traits such as generosity, intelligence, kindness, empathy, and strength. Think about qualities you admire or whatever your passions are and seek out women who are making an impact in those areas. Just like Mae Jemison and Nichelle Nichols.

The Scales Are Tipping

There has definitely been a change of tides in the discussion of body image and representation of women in the media as of late. The increased focus on feminism, the quest for equality in the races and gender have given rise to large tribes of people becoming more vulnerable and upfront about their struggles with body image, eating disorders and the negative influences of social media. Take advantage of this by seeking out like-minded people and learning from them. Be an example yourself and represent the values you wish to live up to. Just make sure that these are mentally healthy and not tied to physical appearance. Be accountable and turn your energy into creating positivity and real authentic relationships. 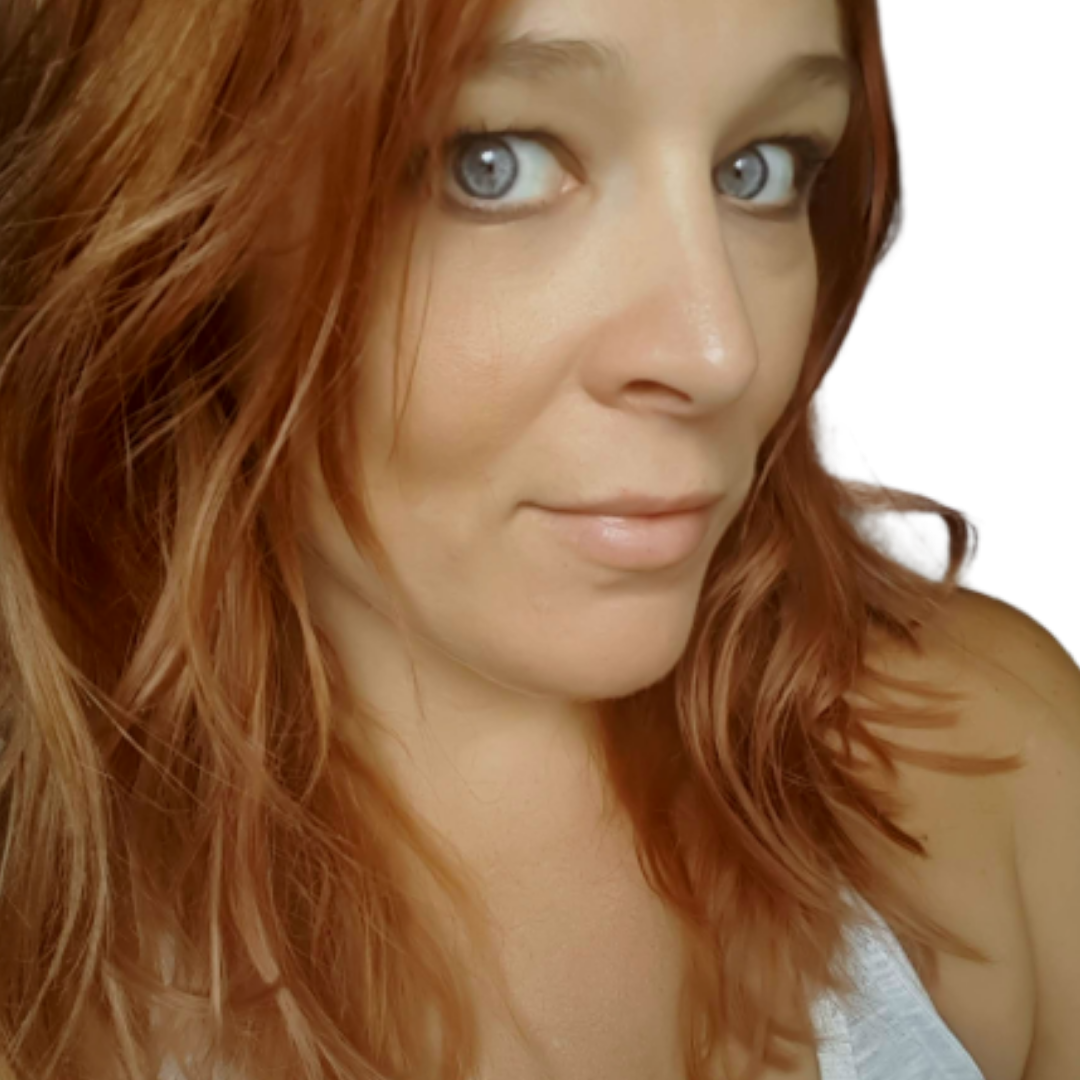 Rachel MacPherson is a Certified Personal Trainer and writer at Radical Strength. She loves to motivate people to set realistic expectations and goals for themselves that seek to improve their lives and relationships. She is a lover of cats, tacos, and lifting weights and is a mom of four ranging from 16 to 6.

Find her at https://radicalstrength.ca or more recently trying to figure this Instagram thing at https://www.instagram.com/radical_strength_with_rach