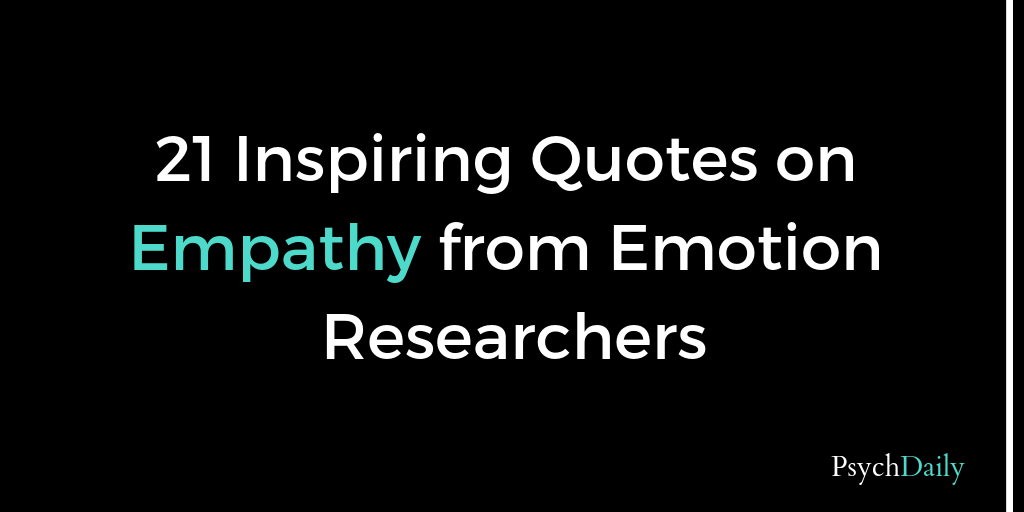 When I was first introduced to psychology, I immediately gravitated toward behaviorism. In one of my courses, I got to control a pigeon using positive and negative reinforcement in a skinner box. I loved how simple and universal the principles were. Why study hypothetical constructs such as self-esteem and love when you investigate objective and measurable behavior?

Thankfully, becoming a wife, mother, researcher, and professor has greatly broadened my horizon on the importance of emotions. The more I learn about emotions, the more empathy becomes front and center. It is vitally important in human relationships. This article brings together the most profound things we know about empathy.

If you put shame in a petri dish, it needs three ingredients to grow exponentially: secrecy, silence, and judgment. If you put the same amount of shame in the petri dish and douse it with empathy, it can’t survive. 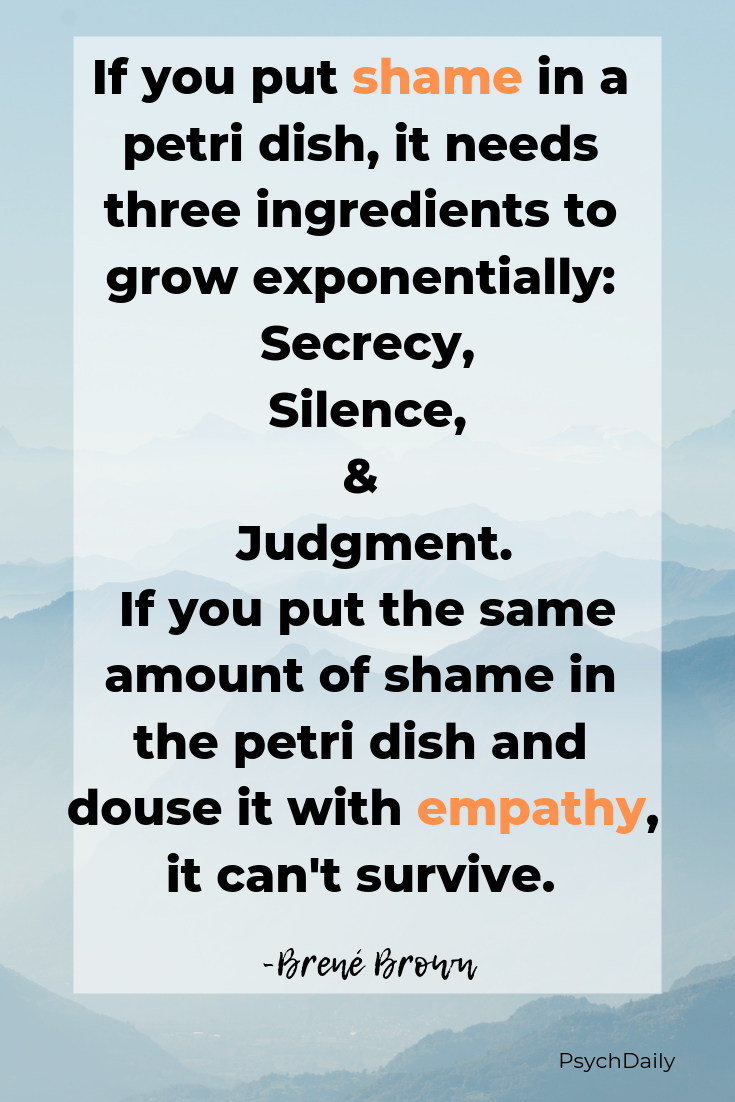 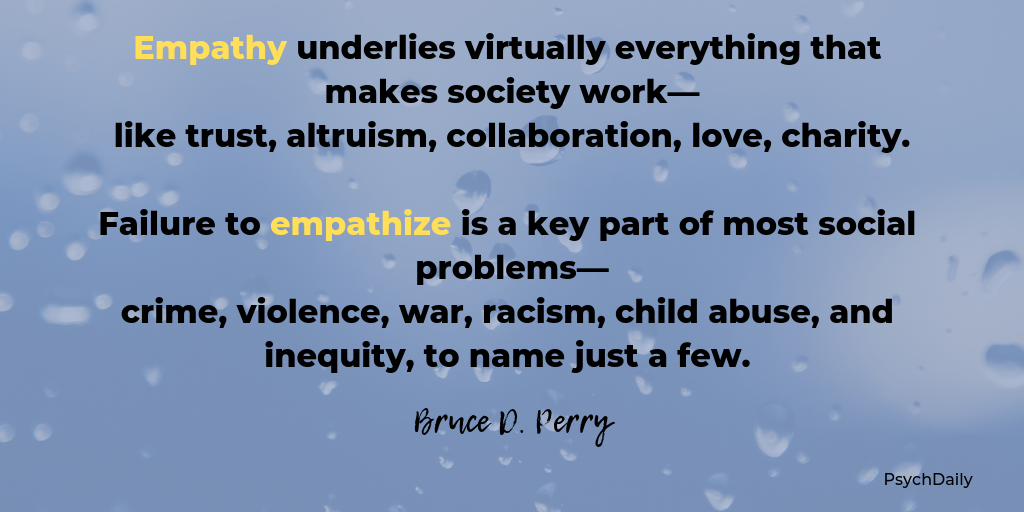 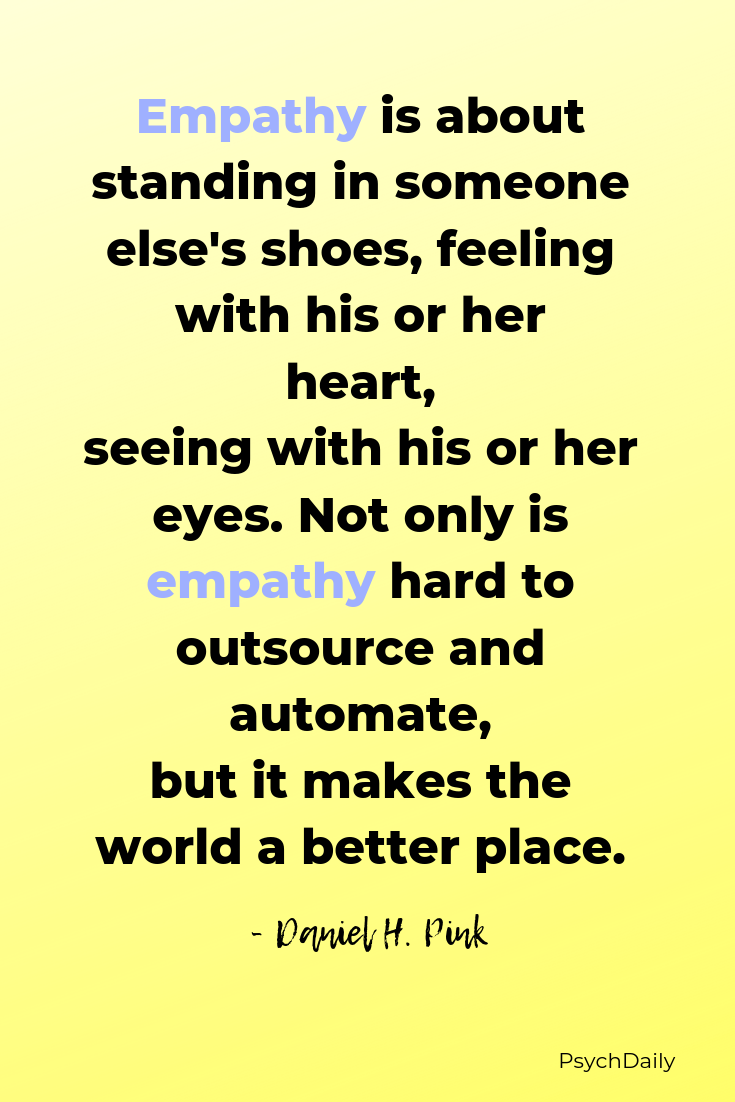 When parents offer their children empathy and help them to cope with negative feelings like anger, sadness, and fear, parents build bridges of loyalty and affection. 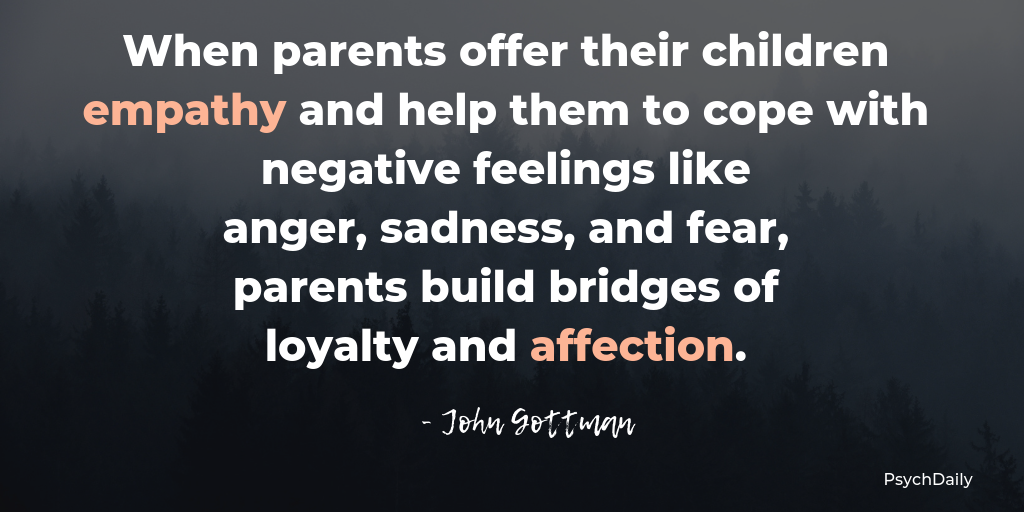 The state of empathy, or being empathic, is to perceive the internal frame of reference of another with accuracy and with the emotional components and meanings which pertain thereto as if one were the person. 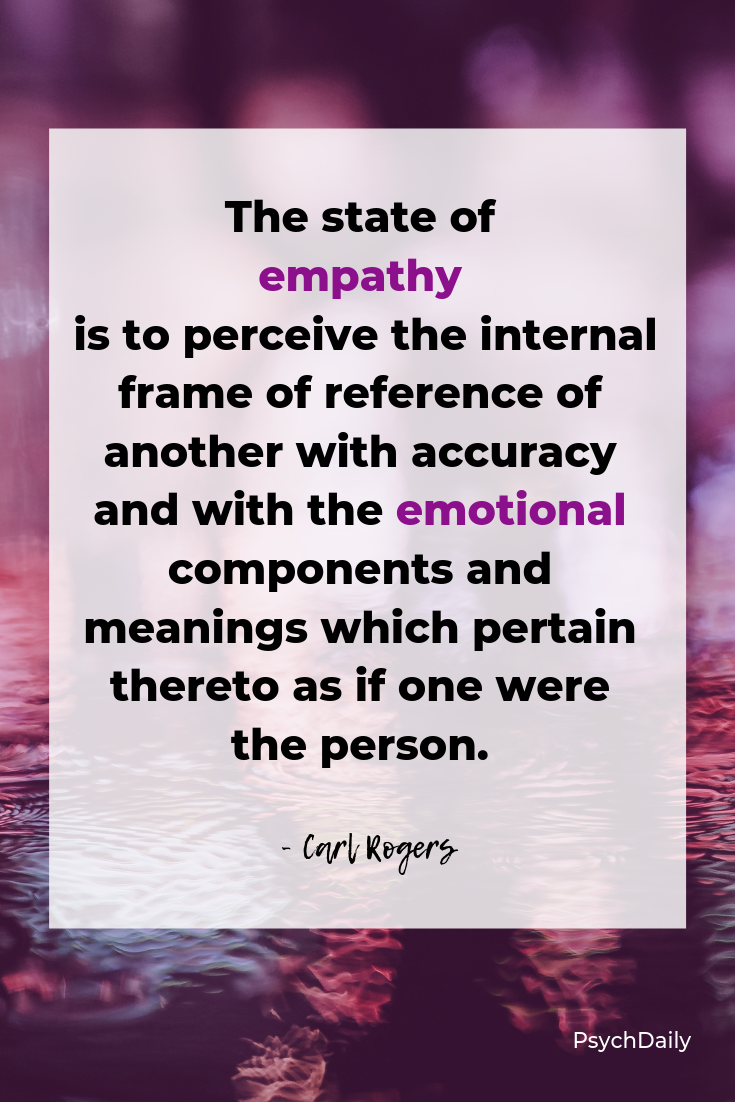 If your emotional abilities aren’t in hand, if you don’t have self-awareness, if you are not able to manage your distressing emotions, if you can’t have empathy and have effective relationships, then no matter how smart you are, you are not going to get very far. 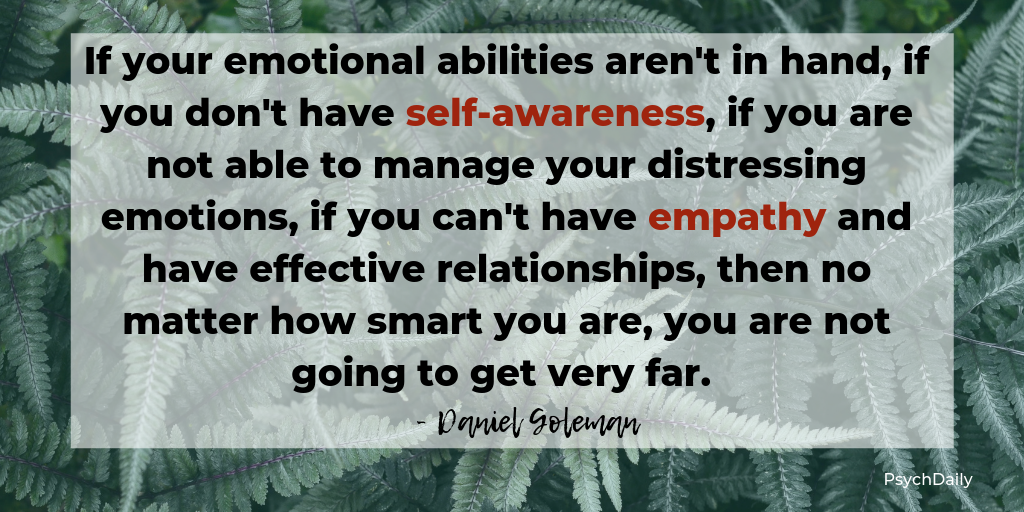 Our brains are wired for survival, but also for empathy. We have mirror neurons that fire when we see other people’s pain. Let us learn to love ourselves so we can be more open and compassionate to others, and so we can take down the walls that limit who we can be and what we can contribute. 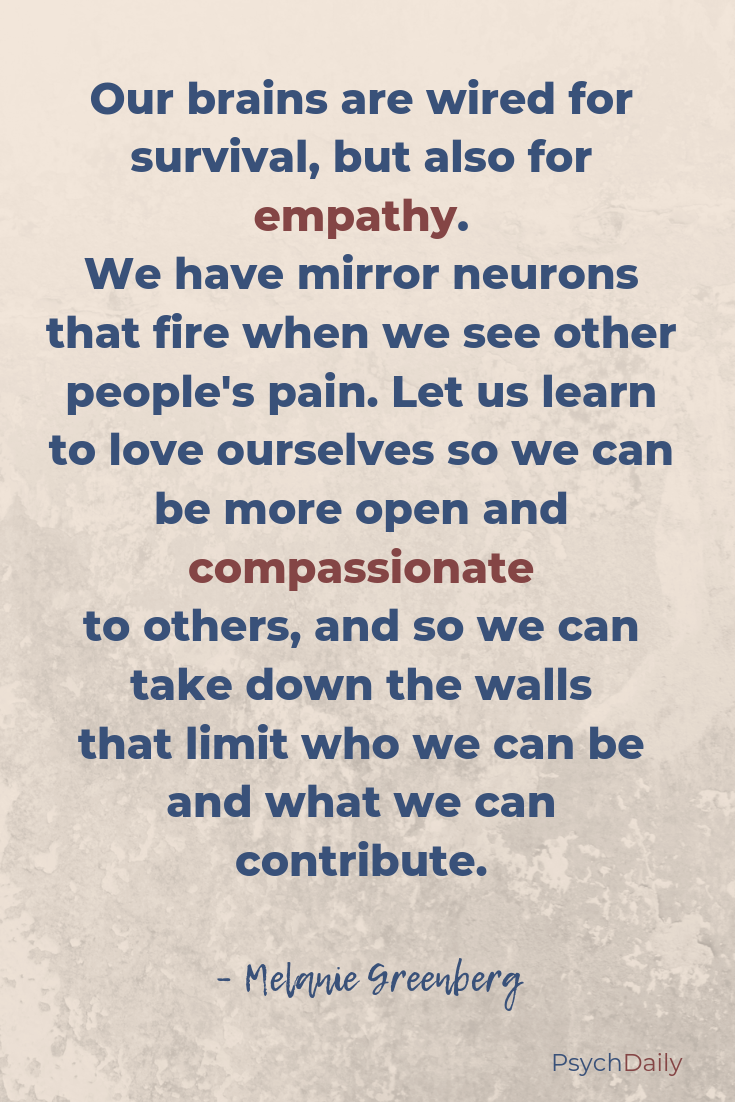 I believe that what we regret most are our failures of courage, whether it’s the courage to be kinder, to show up, to say how we feel, to set boundaries, to be good to ourselves. For that reason, regret can be the birthplace of empathy. 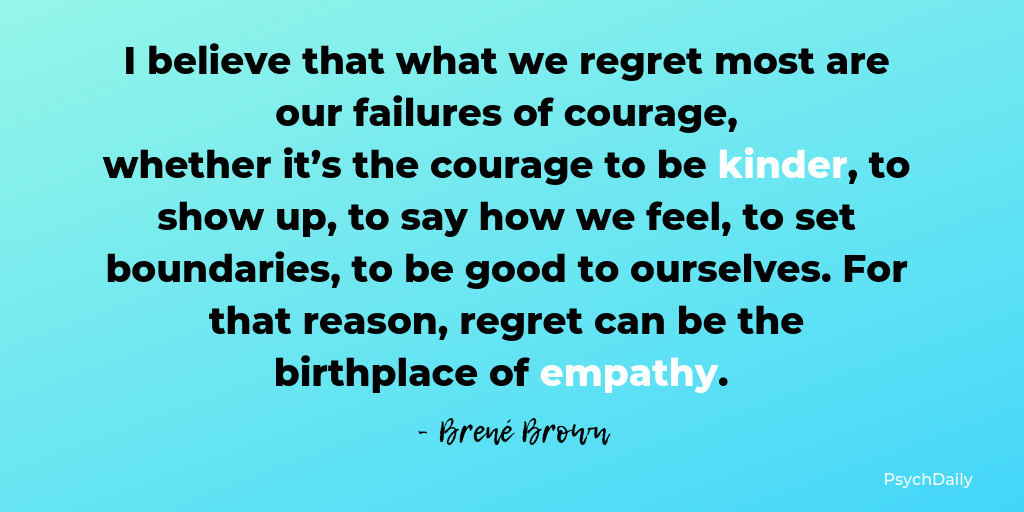 Empathic concern merits special attention for its role in triggering prosocial and helping behaviors. Research consistently finds a positive correlation between how much empathic concern individuals report feeling for another person and their willingness to help those people, even when helping requires some sacrifice. 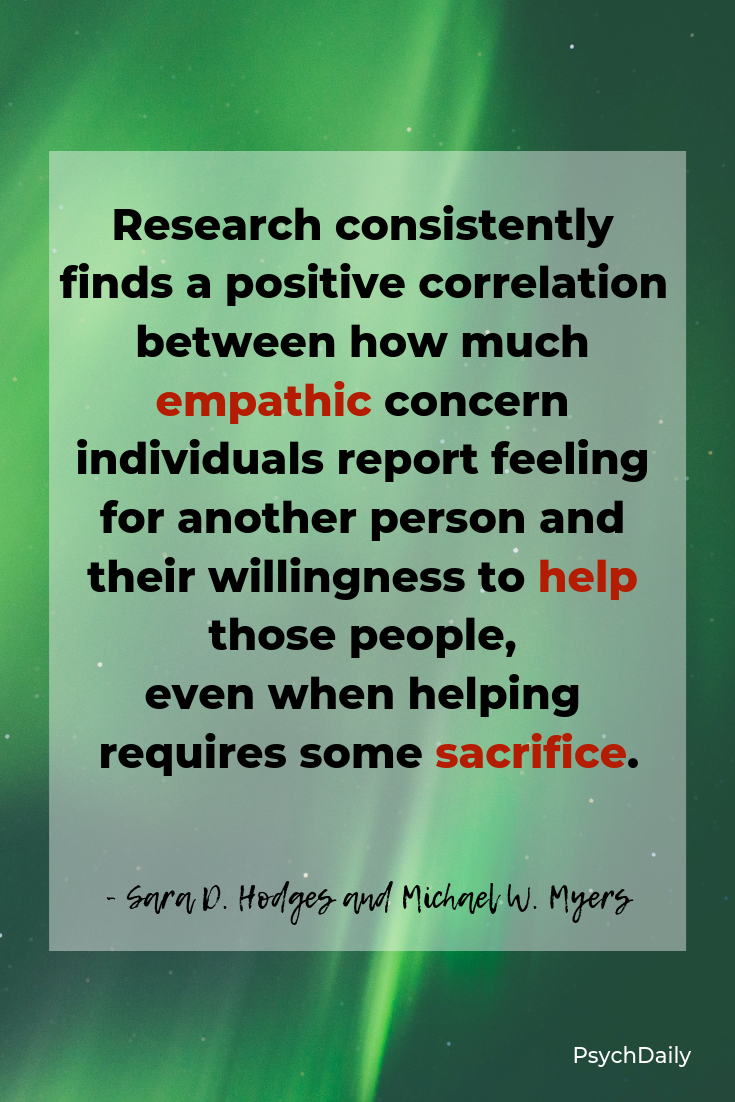 When the other person is hurting, confused, troubled, anxious, alienated, terrified; or when he or she is doubtful of self-worth, uncertain as to identity, then understanding is called for. The gentle and sensitive companionship of an empathic stance… provides illumination and healing. In such situations deep understanding is, I believe, the most precious gift one can give to another. 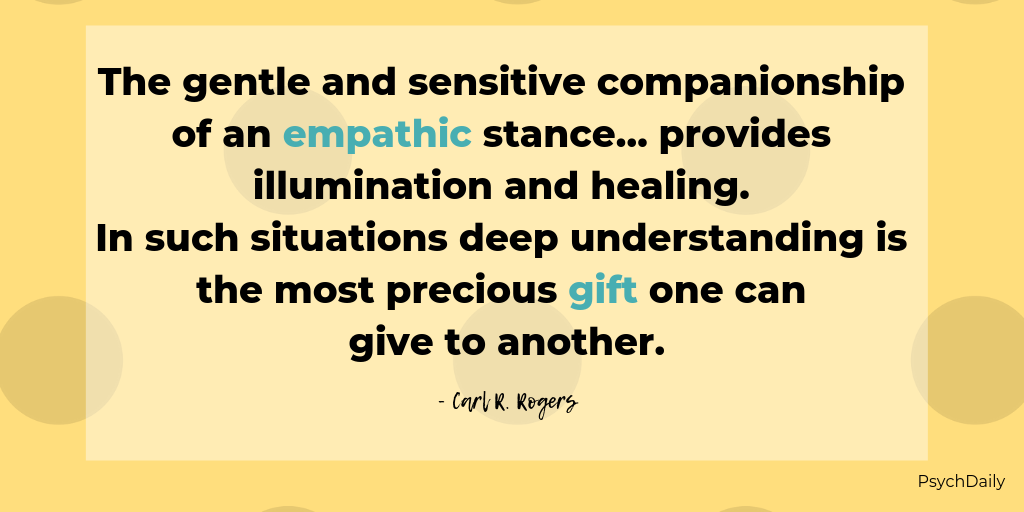 Empathetic presence involves listening to someone’s pain with what I call the five A’s: attention, acceptance, appreciation, affection, and allowing. 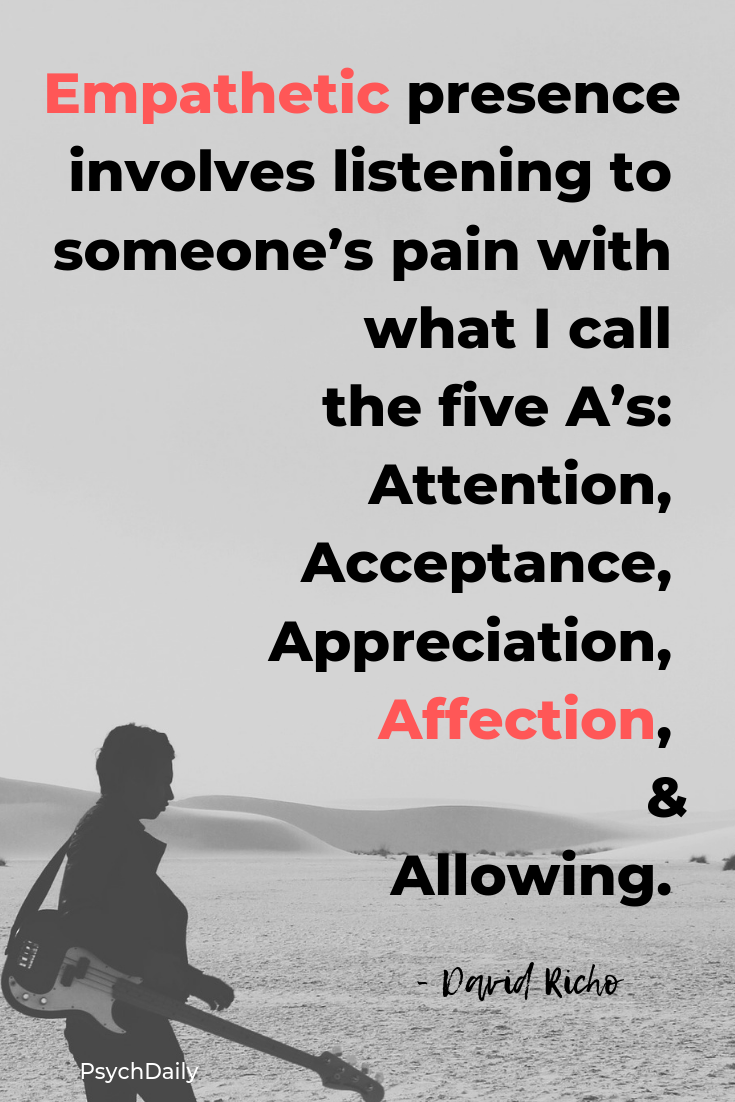 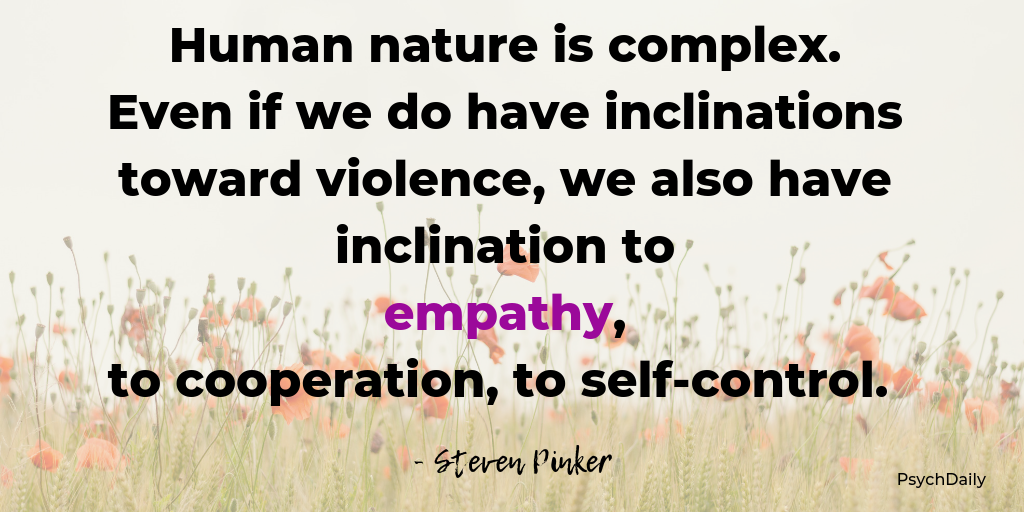 In a high-IQ job pool, soft skills like discipline, drive and empathy mark those who emerge as outstanding. 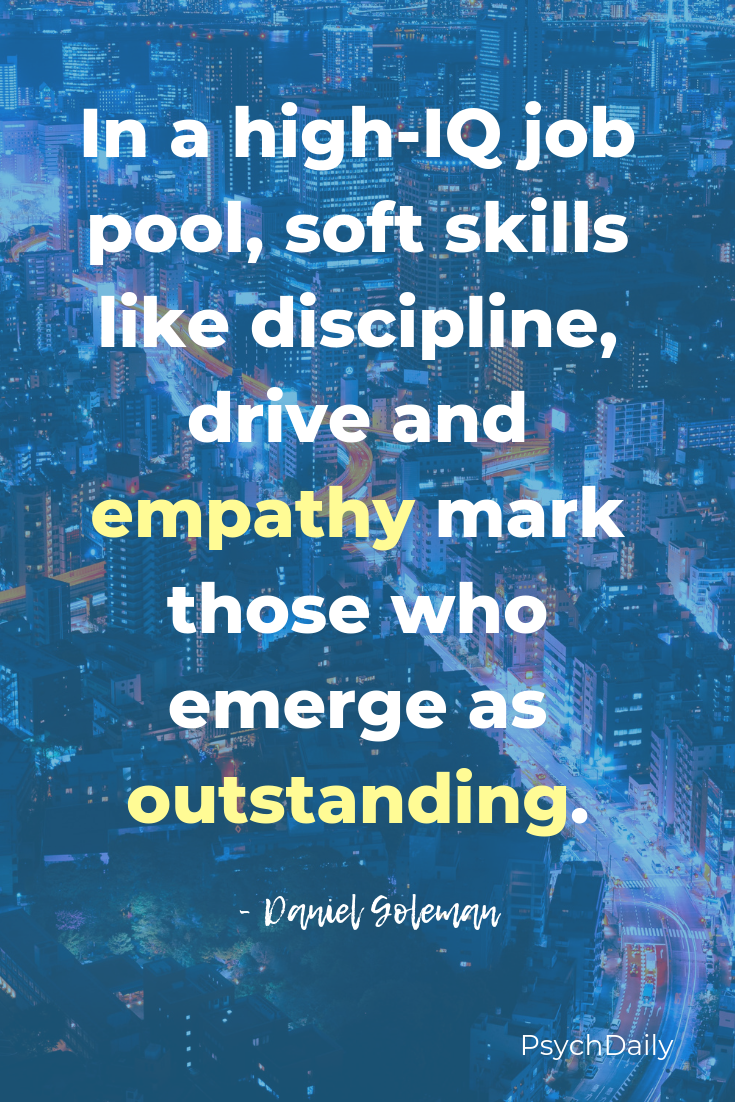 It’s not that empathy itself automatically leads to kindness. Rather, empathy has to connect to kindness that already exists. Empathy makes good people better, then, because kind people don’t like suffering, and empathy makes this suffering salient. 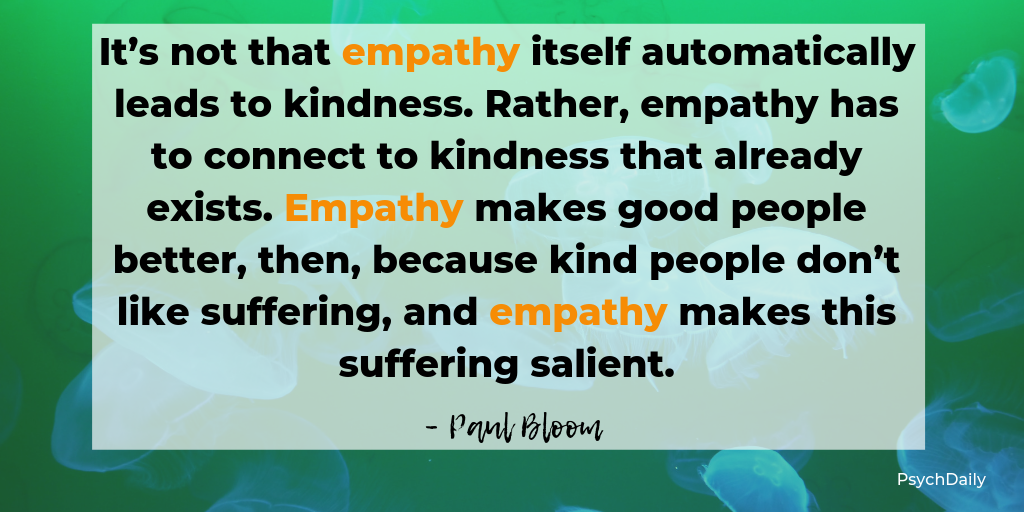 What’s important now are the characteristics of the brain’s right hemisphere: artistry, empathy, inventiveness, big-picture thinking. These skills have become first among equals in a whole range of business fields. 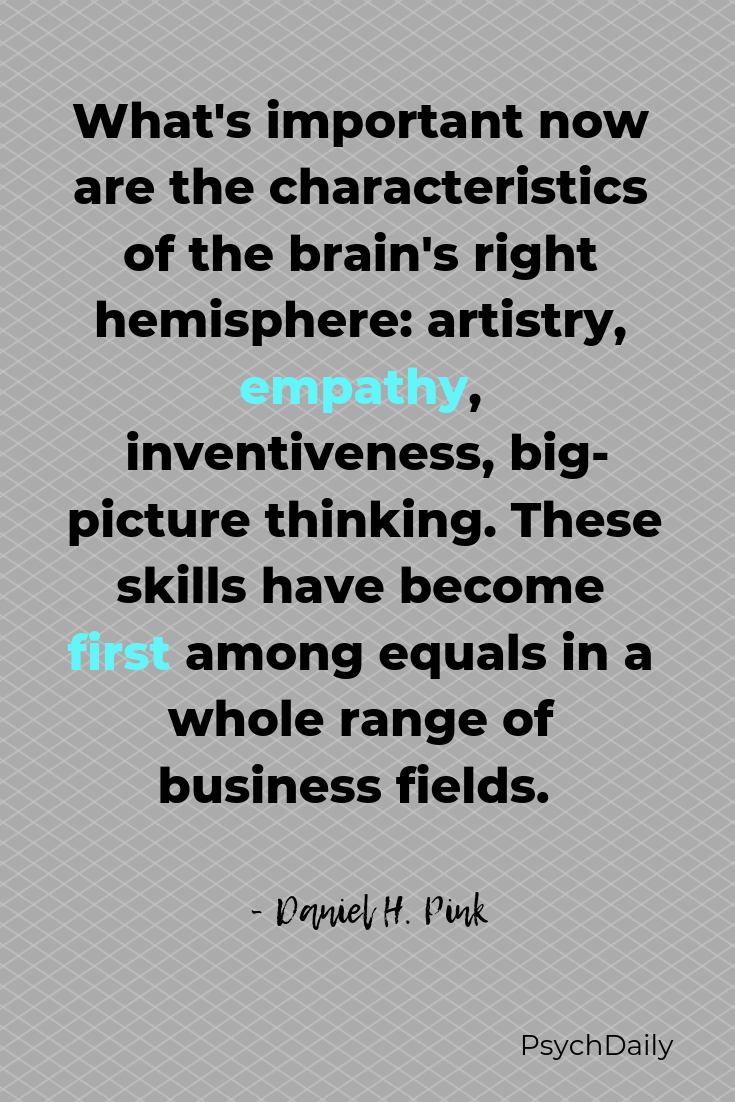 Failure to understand and cultivate empathy, however, could lead to a society in which no one would want to live—a cold, violent, chaotic, and terrifying war of all against all. This destructive type of culture has appeared repeatedly in various times and places in human history and still reigns in some parts of the world. And it’s a culture that we could be inadvertently developing throughout America if we do not address current trends in child rearing, education, economic inequality, and our core values. 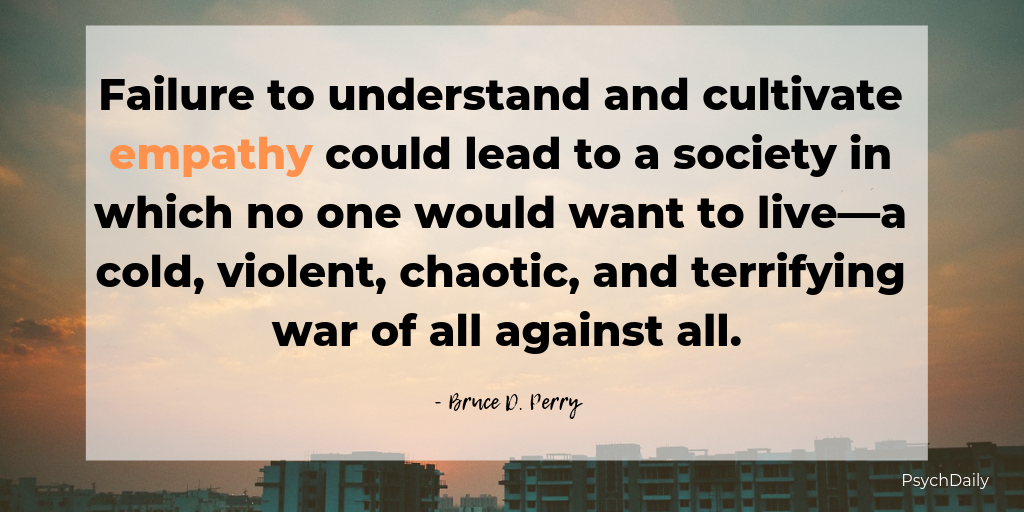 Empathy is like a universal solvent. Any problem immersed in empathy becomes soluble. It is effective as a way of anticipating and resolving interpersonal problems, whether this is a marital conflict, an international conflict, a problem at work, difficulties in a friendship, political deadlocks, a family dispute, or a problem with a neighbor. 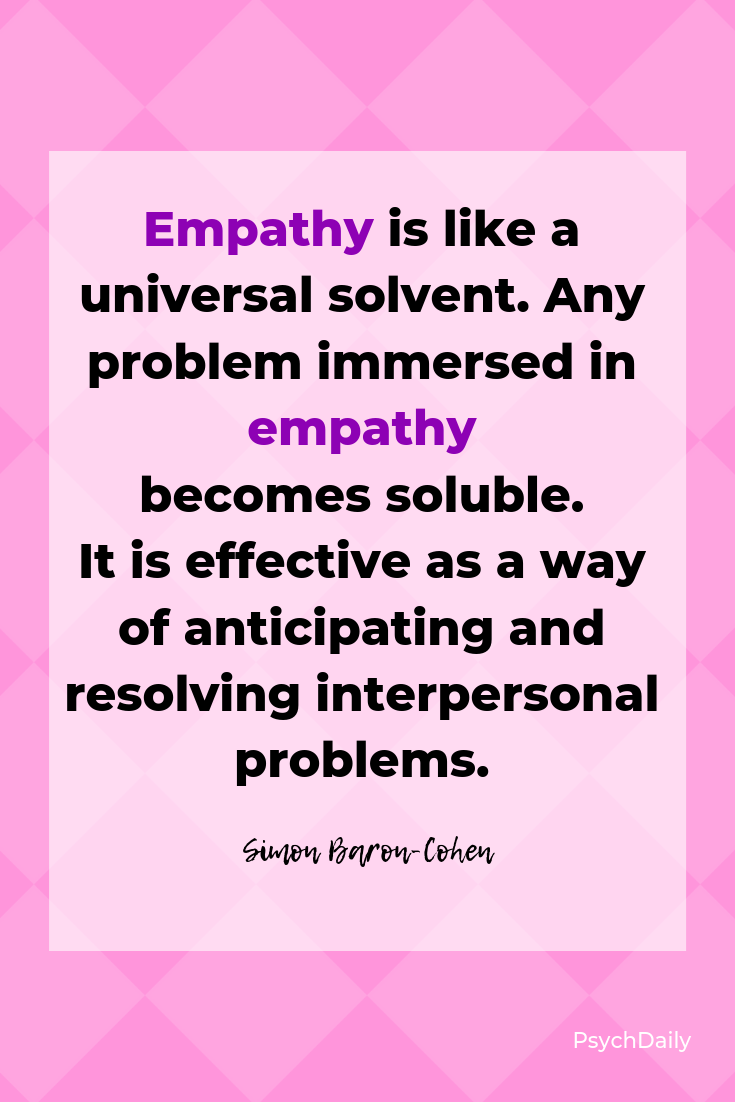 Educators will tell you that a classroom full of empathetic kids simply runs more smoothly than one filled with even the happiest group of self-serving children. Similarly, family life is more harmonious when siblings are able feel for each other and put the needs of others ahead of individual happiness. If a classroom or a family full of caring children makes for a more peaceful and cooperative learning environment, just imagine what we could accomplish in a world populated by such children. 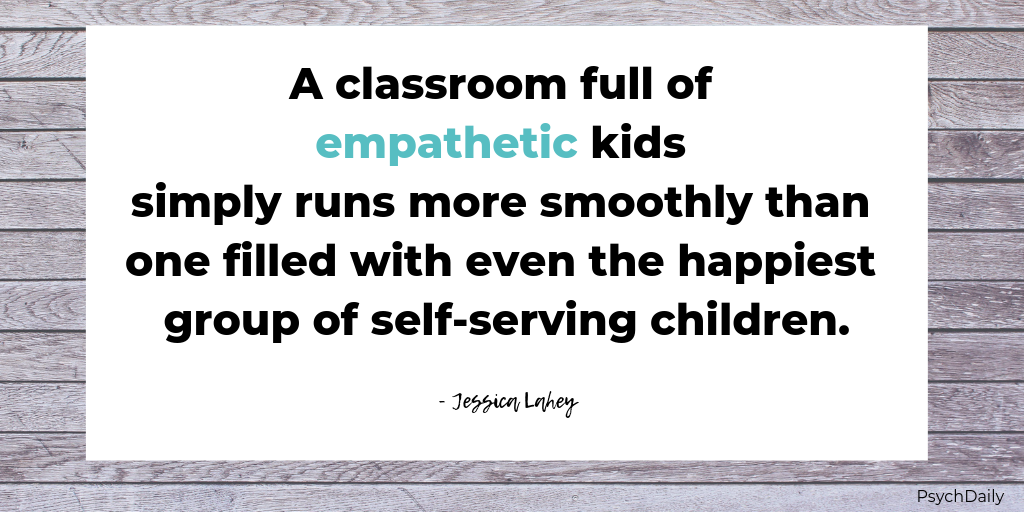 Boundaries and discipline, when offered non-punitively and in the context of empathy and respect, are gifts we should feel proud of and one of the highest forms of love.” 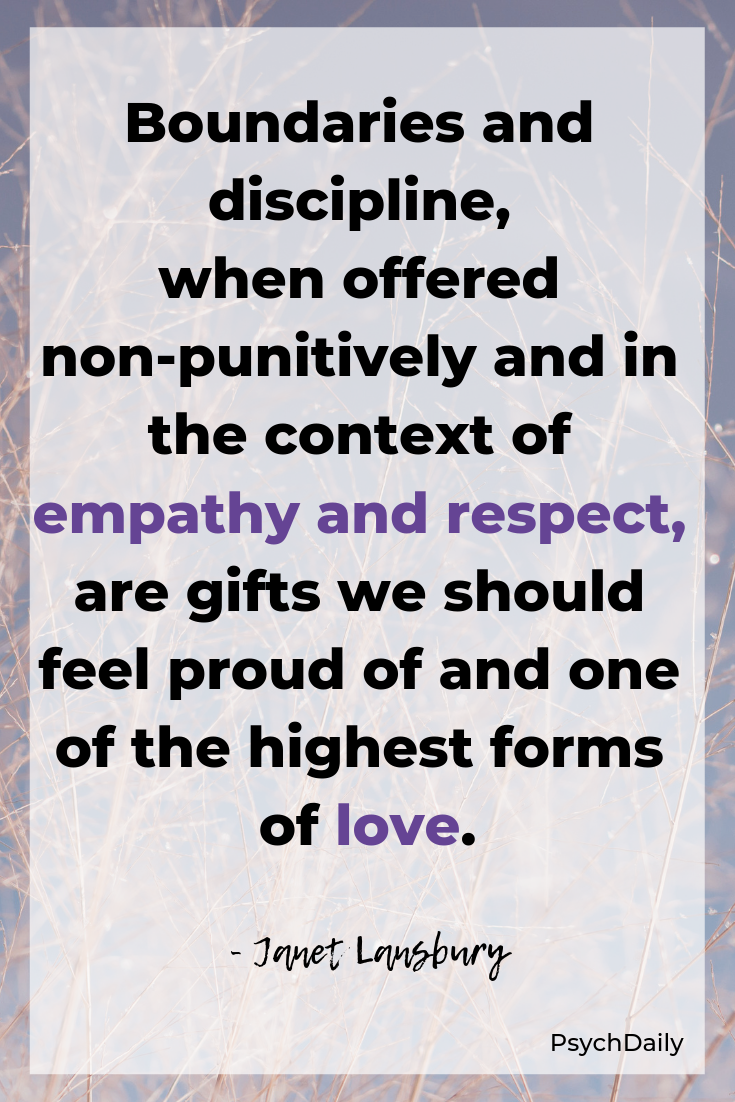 Empathy has no script. There is no right way or wrong way to do it. It’s simply listening, holding space, withholding judgment, emotionally connecting, and communicating that incredibly healing message of “You’re not alone.”

Empathy not only matters; it is the foundation of effective parenting. 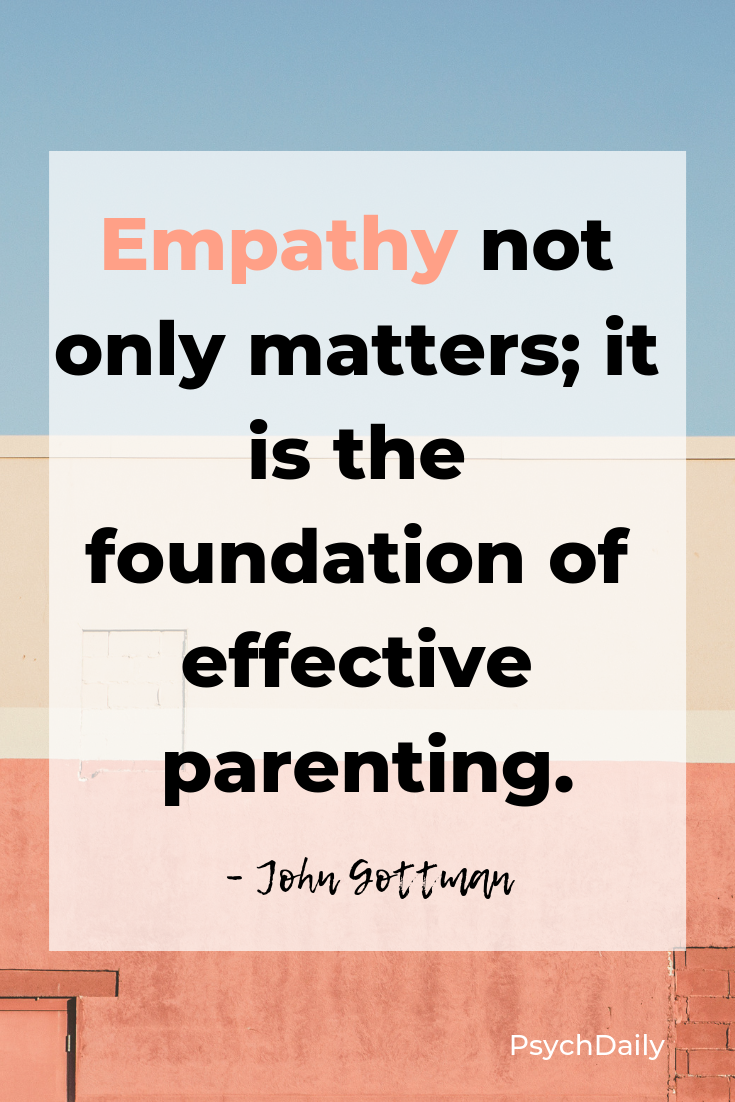 In a lecture I once said, “I just want to punch someone.” During the Q&A someone raised their hand and said, “You know, the need to punch someone does not feel very wholehearted to me and you were my wholehearted icon.” I jumped right in, “I should not be your whole-hearted icon. Wholeheartedness is something I’m striving for, but don’t make me your role model. I’m on the journey with you trying to get there, but I don’t have it mastered.” Any assumption of perfectionism is other people is an empathic miss. Empathy is a hard skill to learn because mastery requires practice and practice means you’ll screw it up big time more than once. But that’s how practice works. 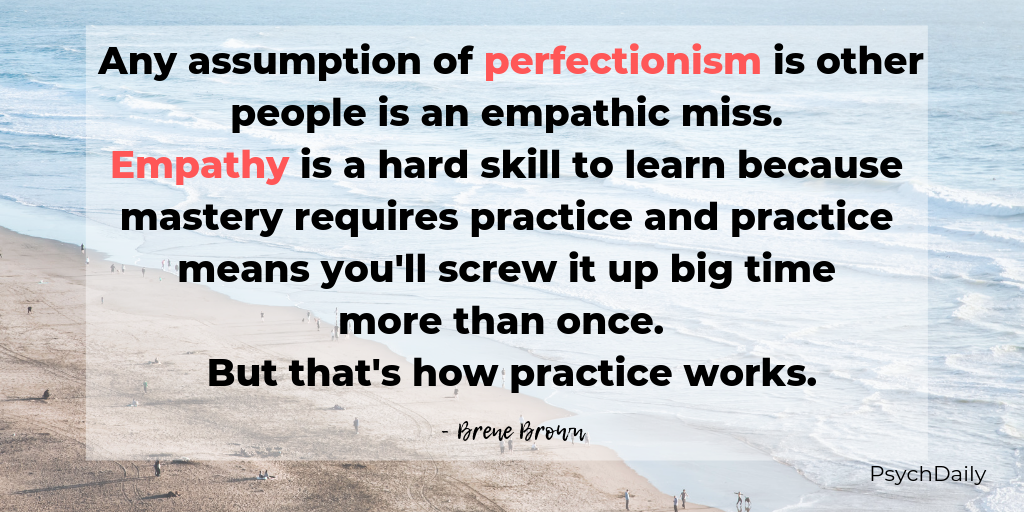 Which quote was your favorite? What quote would you add? Suggest it to be the site’s featured quote at Psych Daily on Facebook.